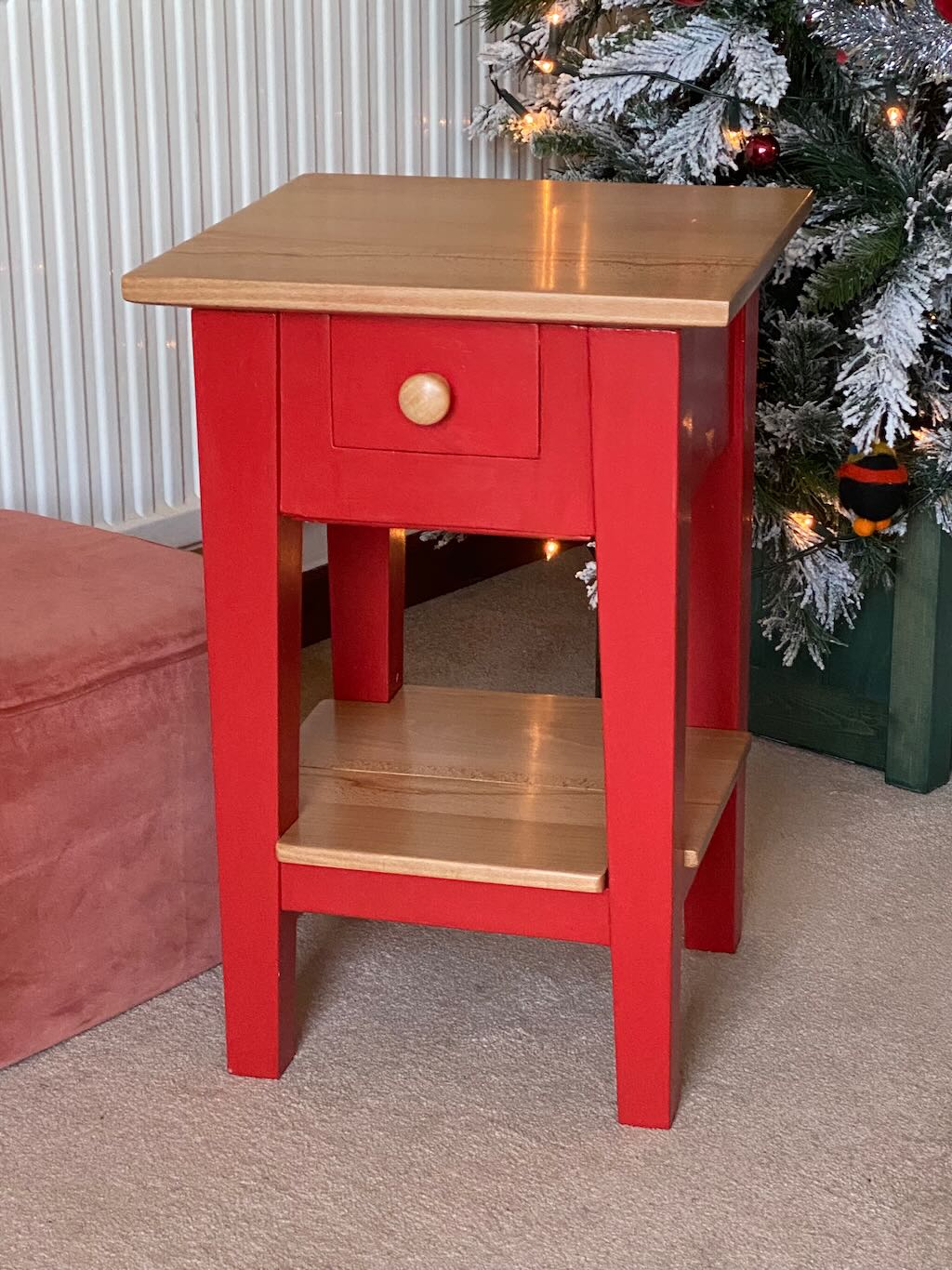 My plan to build the hall table got delayed through family issues (mother passed aged 94) but when my granddaughter wanted a sturdy bedside table I decided to use with minimum changes making the smaller table. The complication was really the shelf which I had to leave as 2 pieces that I joined in situ because there was no way to make a single piece one that would go in. Think about it! The drawer became quite small but I was asked if a secret compartment could be included. It hold 5 Twix bars! Because of the draw-bored M&T joinery the table is strong and stable and the full taper legs give it a cheeky stance I feel. Paint from Shabby Nook Fusion range. The beech top was made up from narrow boards I was given and the legs and frame from pine with oak pegs. drawer rails from mahogany that was spare. 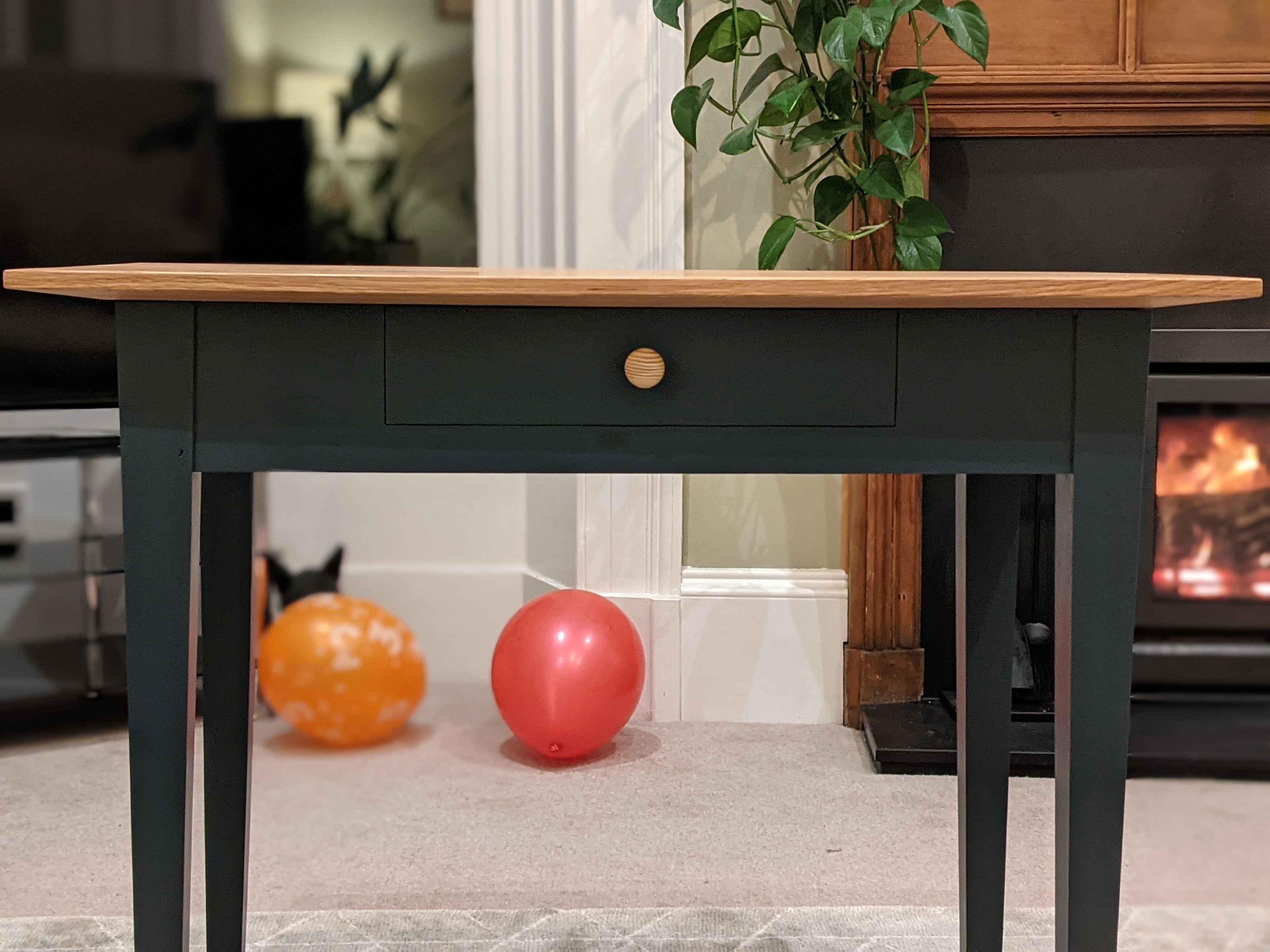 Pine base and oak top, 2 legs and a drawer in the bin, took 3 months of an hour an evening but eventually got it done! On to the French workbench now. 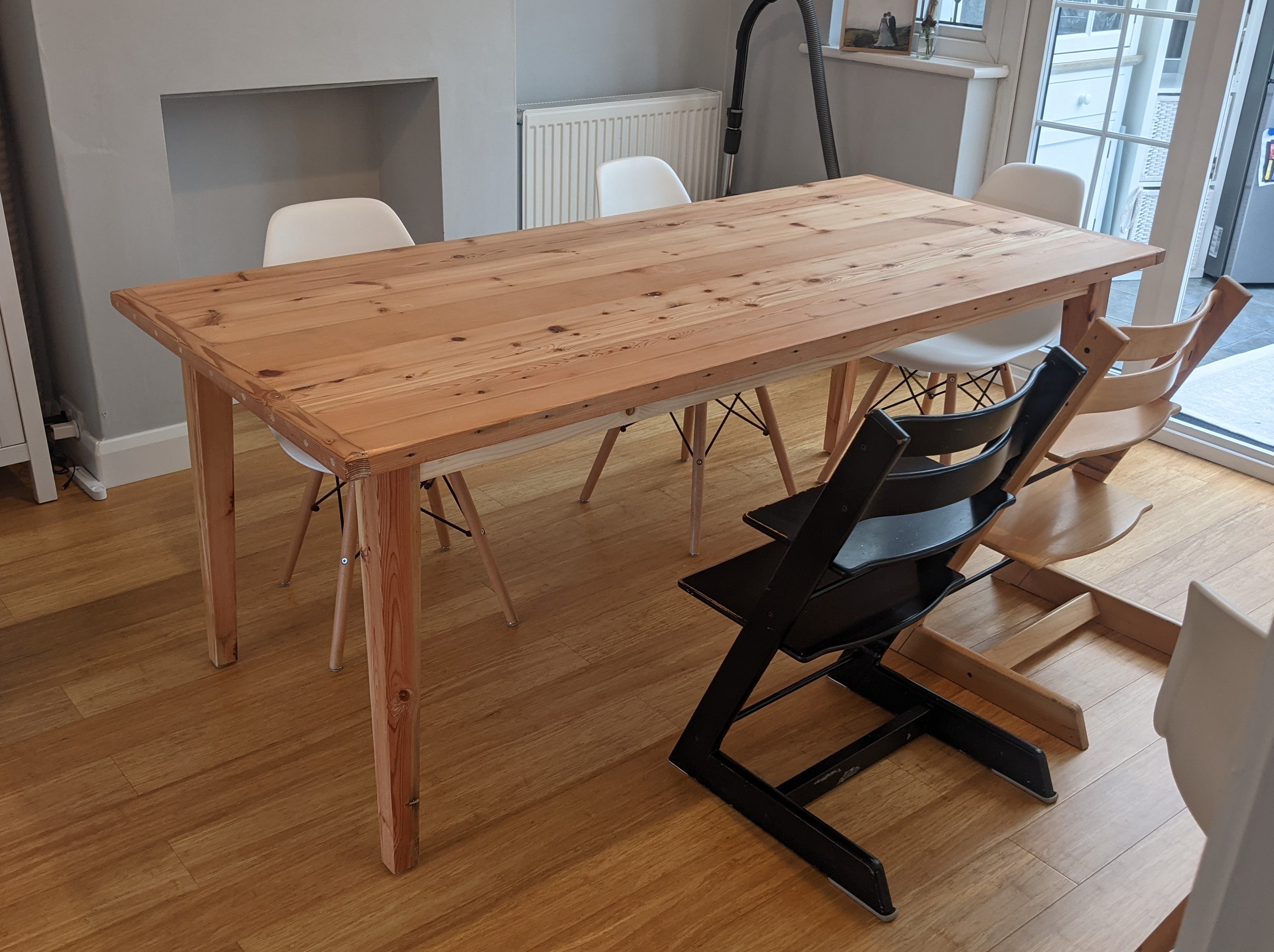 I did some skip diving following the loft conversion of the house opposite ours in SW London. Combined with some other scavenging I was able to build this six seater dinning table which is a mashup of the tressle table and hall table builds. Chuffed with how it turned out.

Since a granddaughter wanted a makeup vanity, it needed a bench. I made a reduced ton of the table sans drawer. Surprisingly, it turned out quite nice. I will deliver it Christmas day.

Hall Table Will Be Granddaughter's Vanity

I am well satisfied with the results, even with a couple of plane tracks in the red oak top. I have a deal with my grandchildren: take the first one or take the chance I'll live to make a second...I am 72 years old. The base is poplar and painted with Dixie Belle Bunker Hill Blue Chalk Mineral Paint.