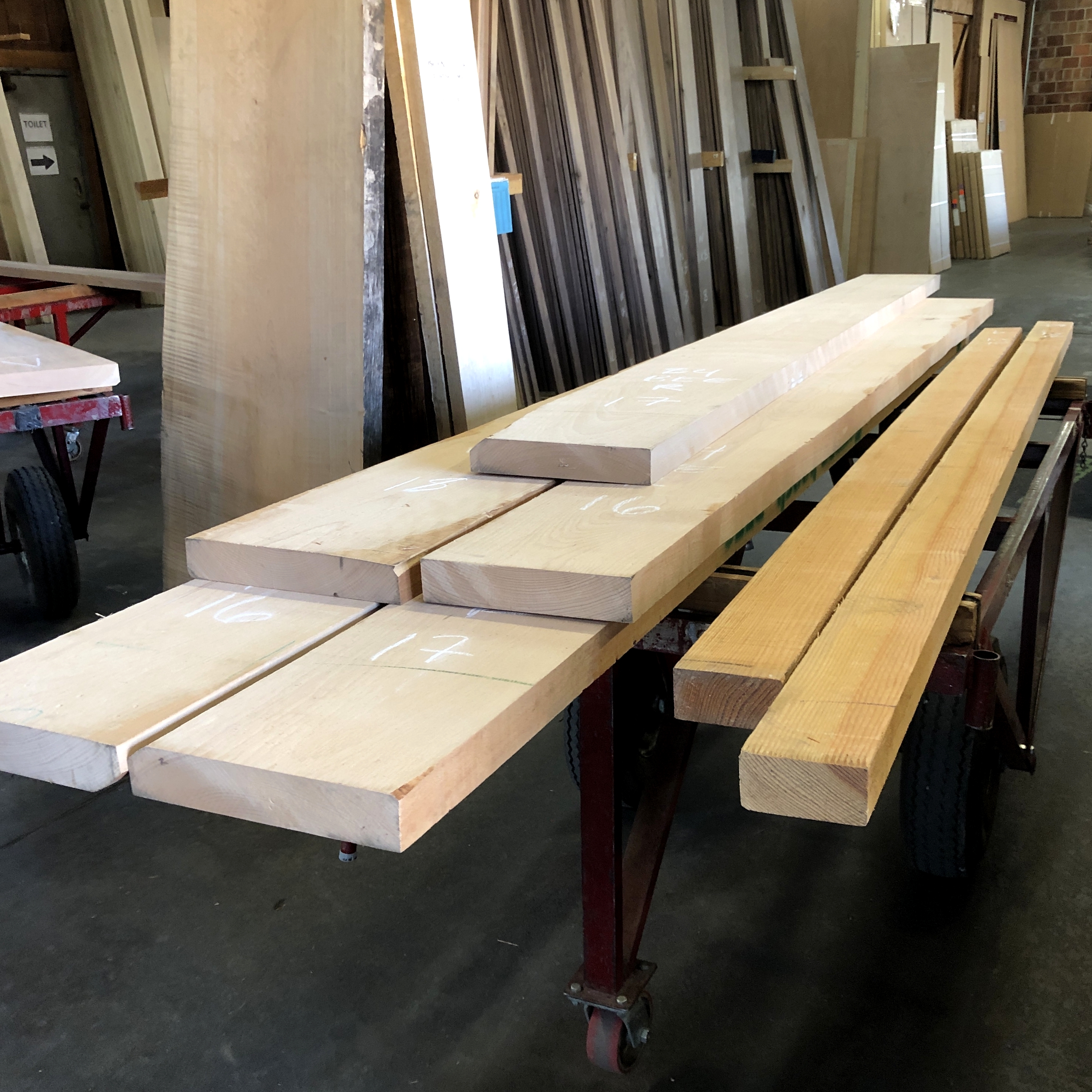 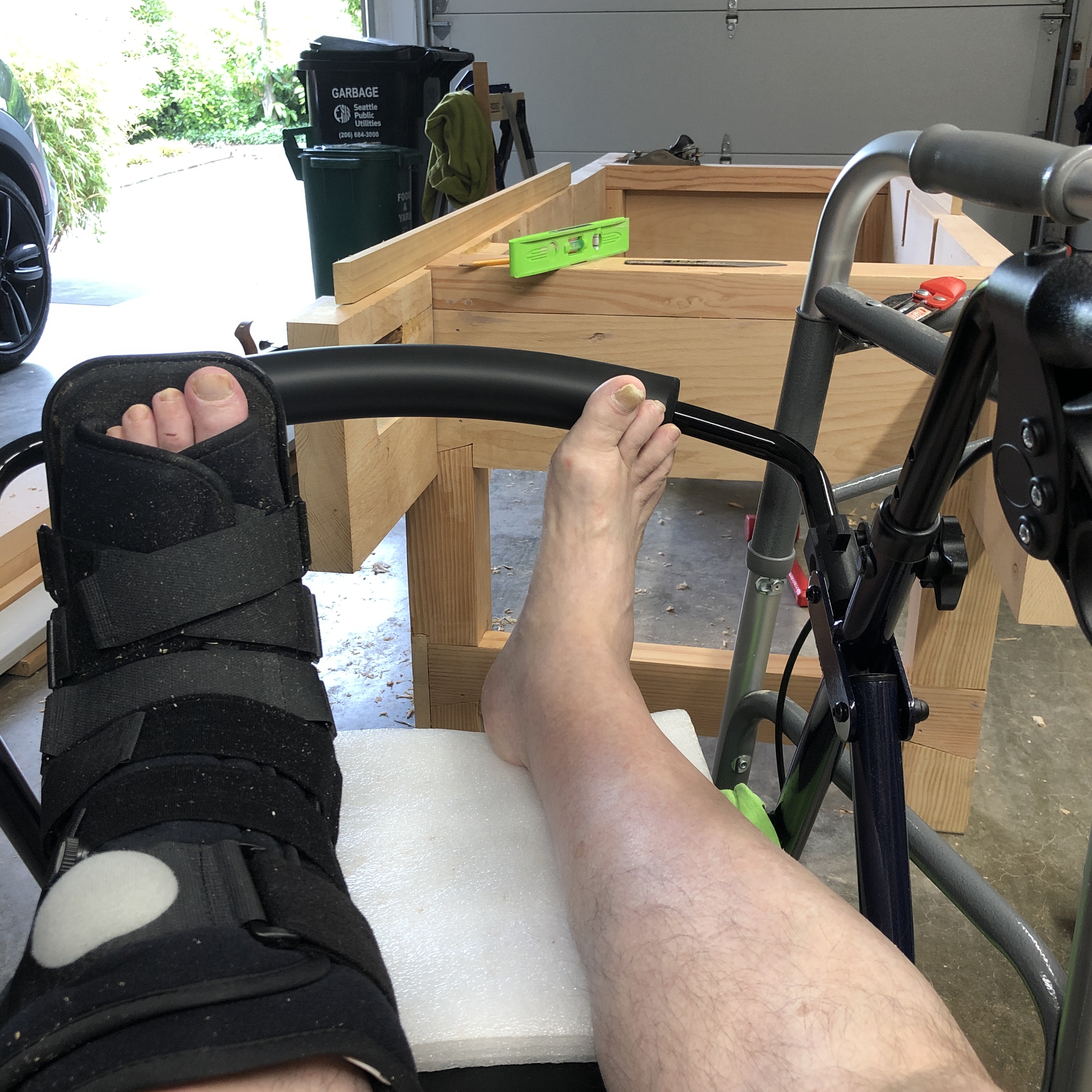 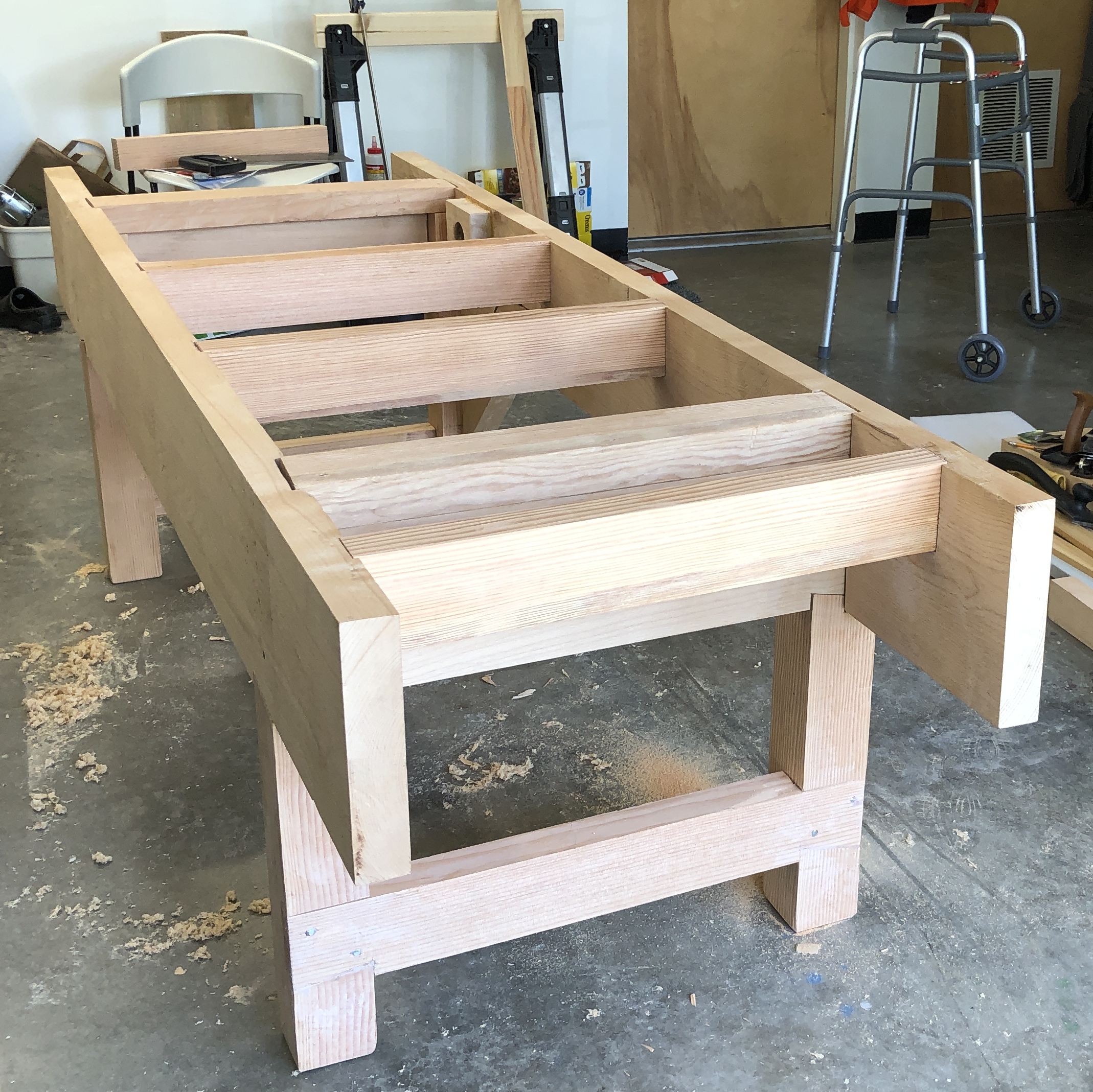 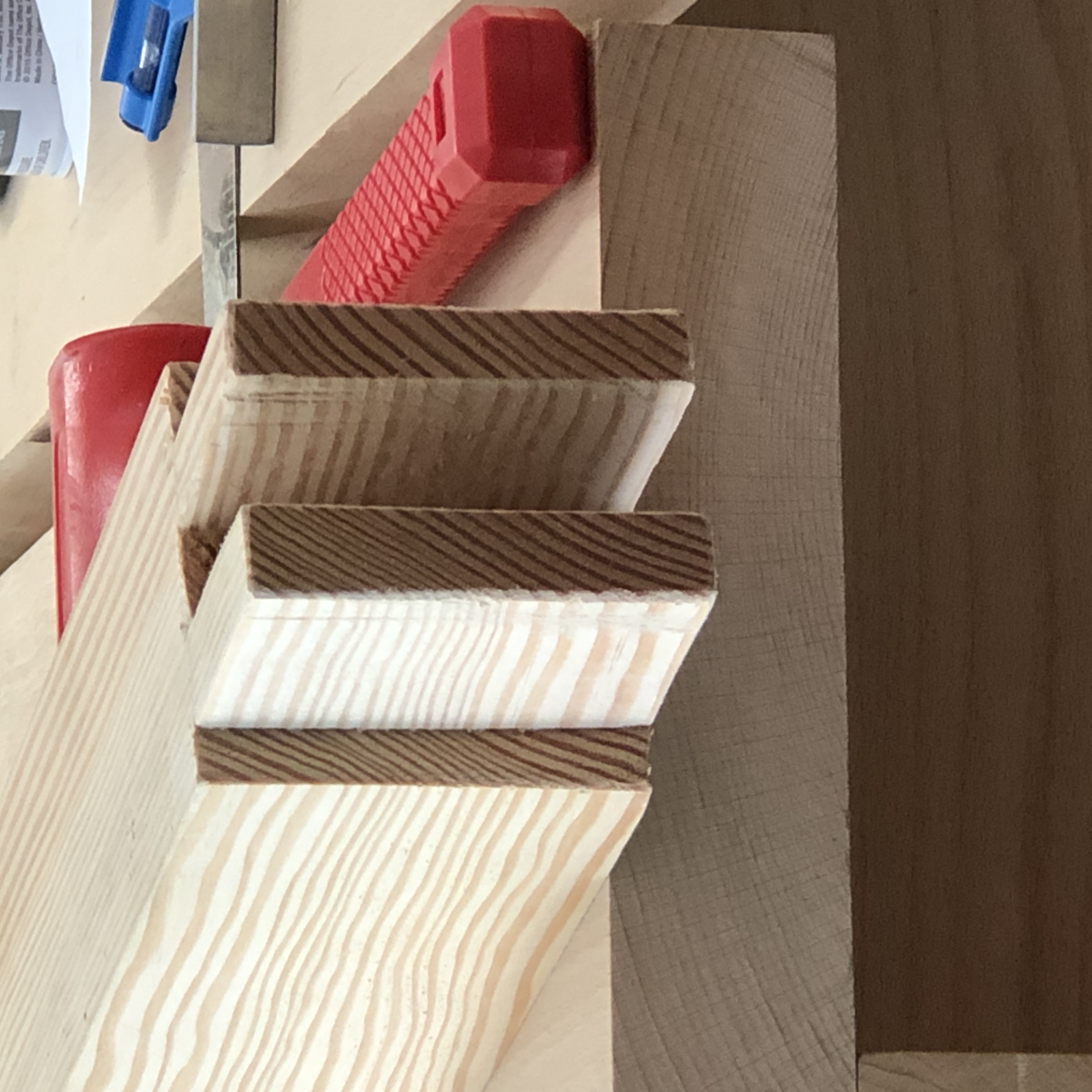 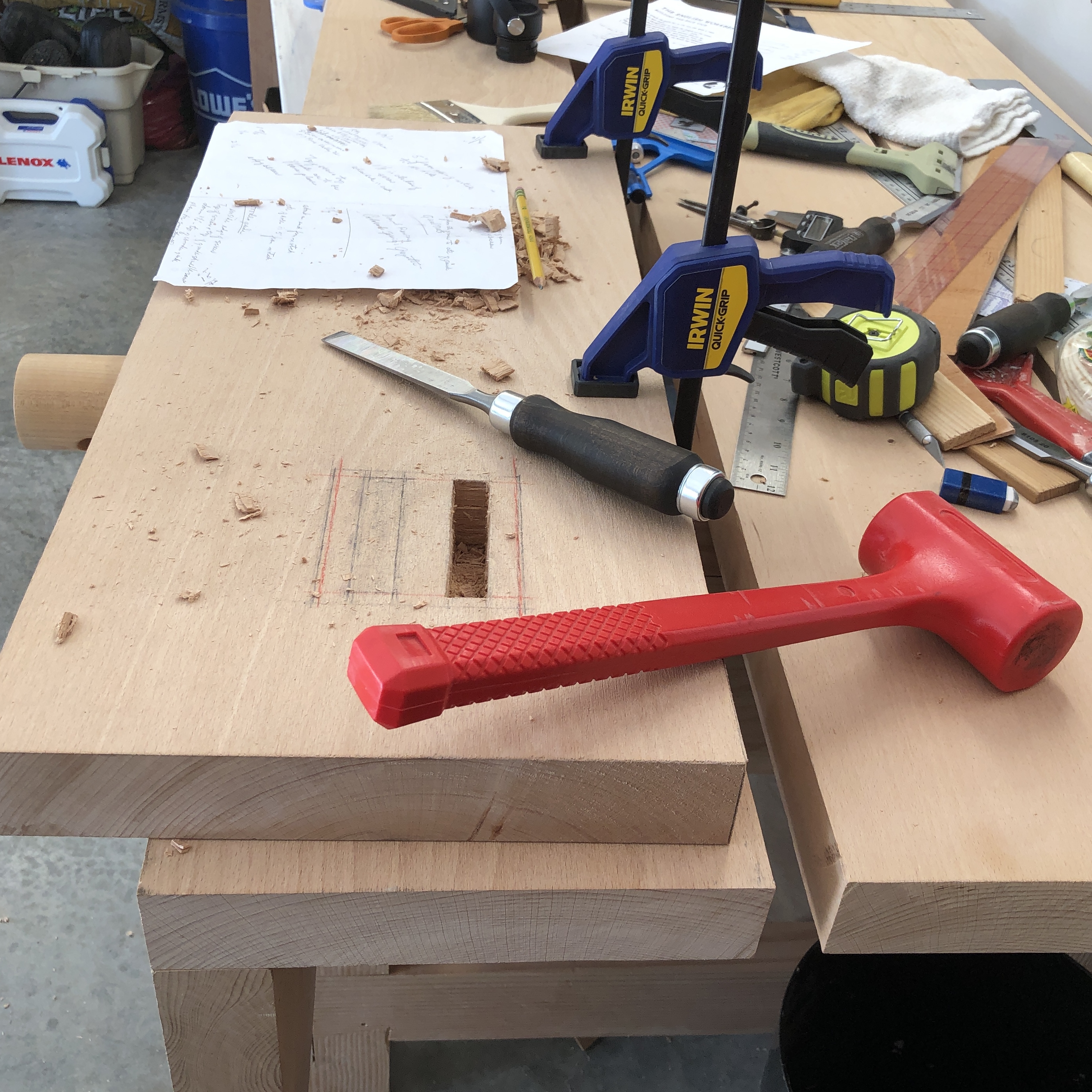 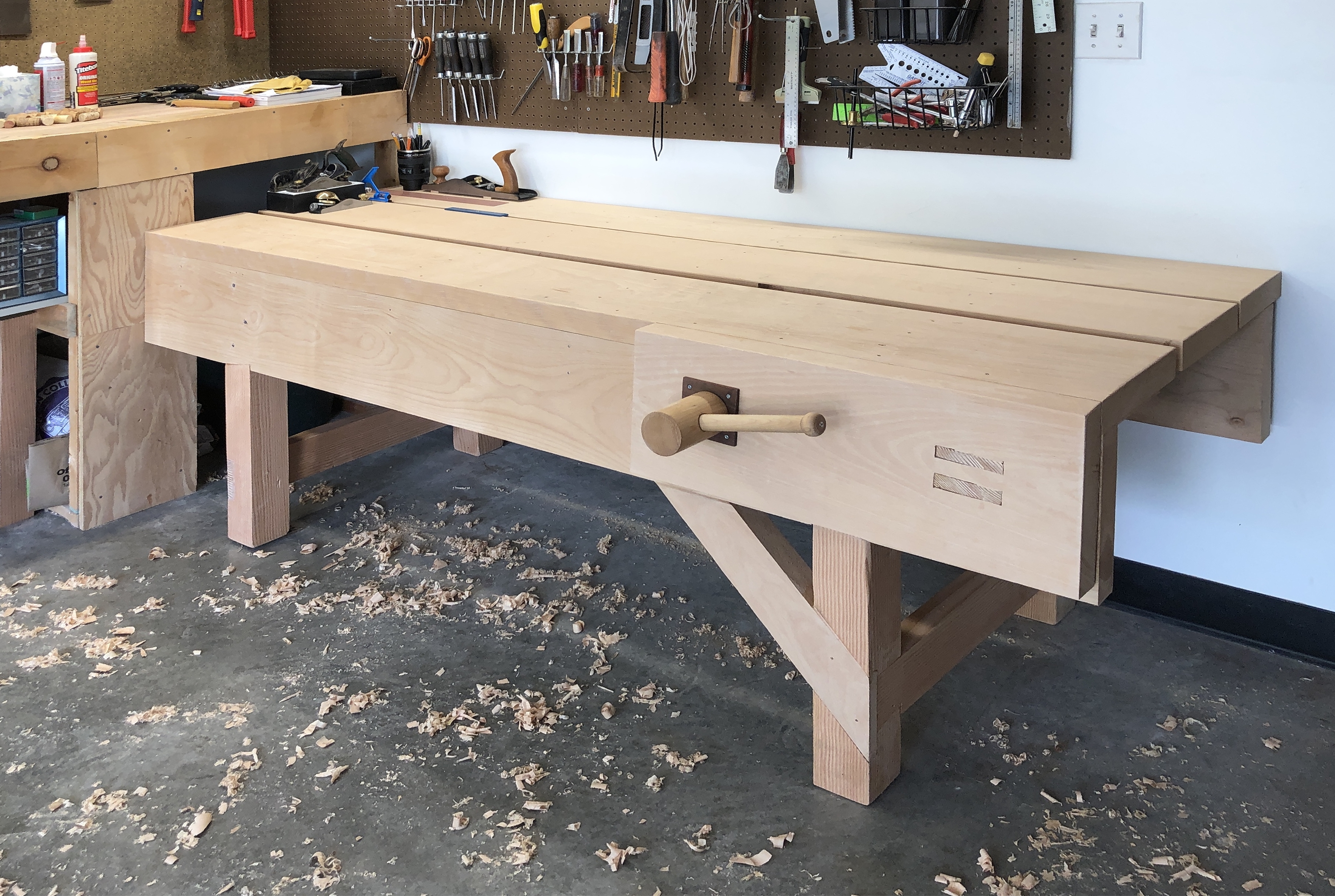 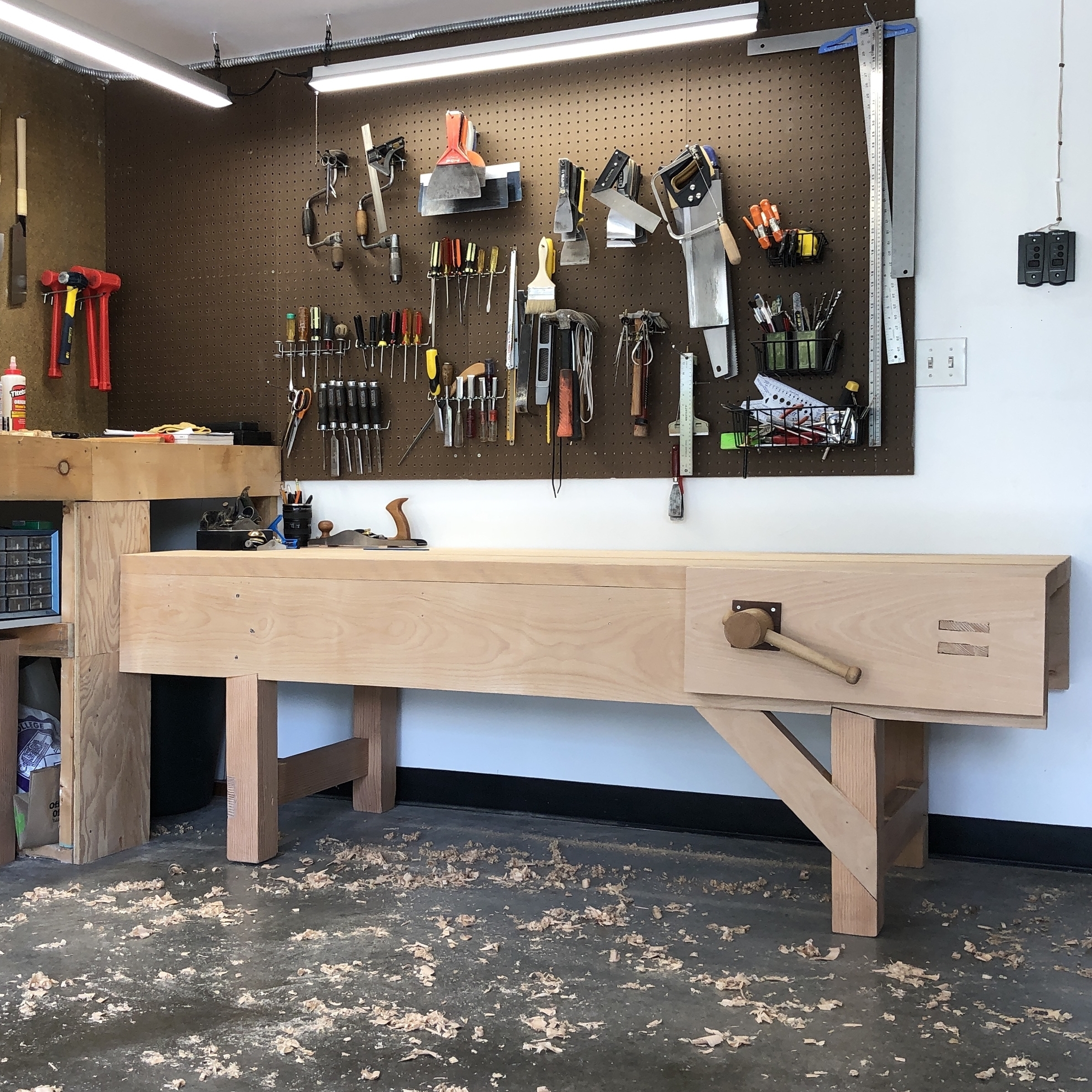 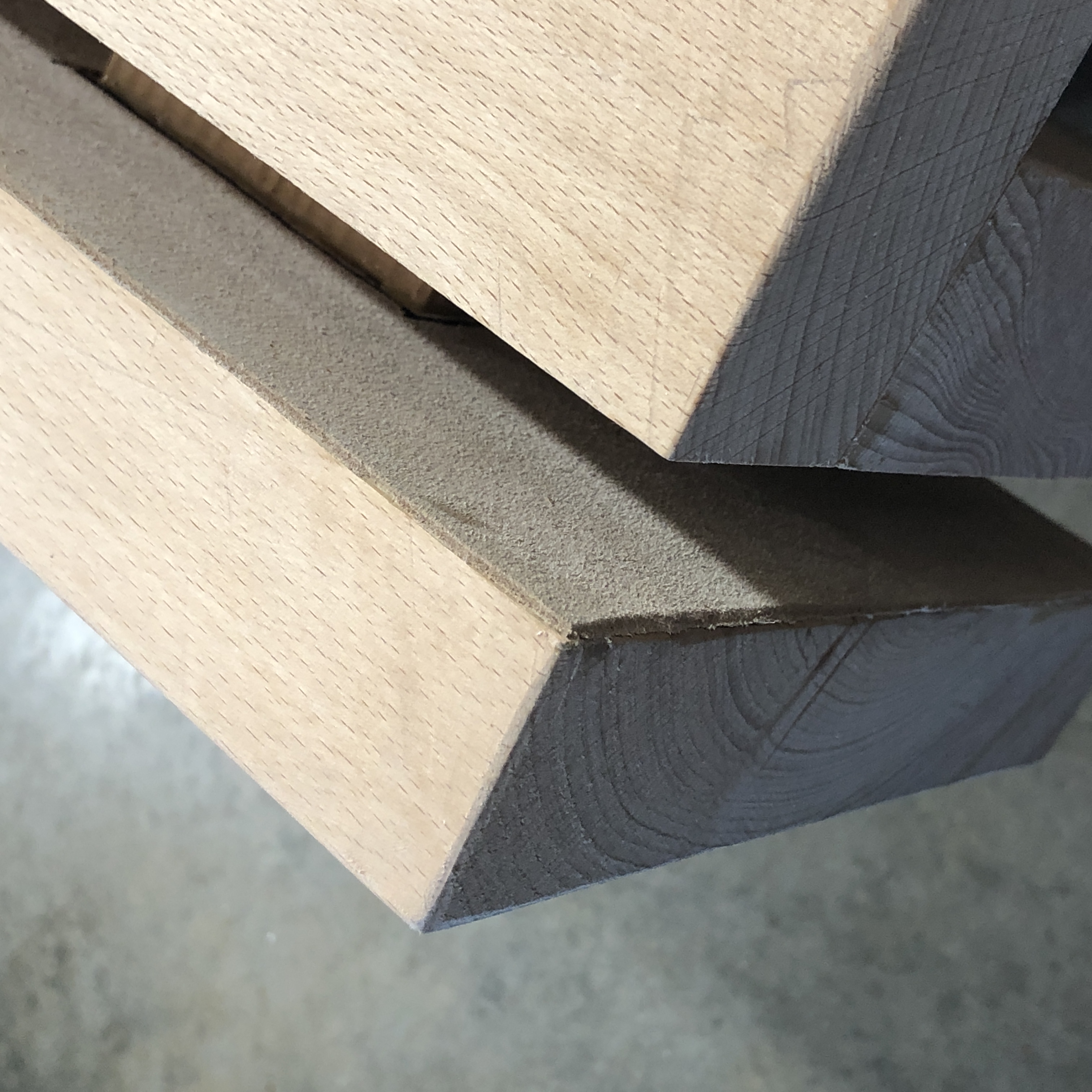 Warm Greetings Helen & Richard - from Seattle, Washington (on the left coast), USA. Most simply stated, I could not have done it without you both! Helen, you are, among other skills, a talented videographer. There's little, if anything at all, you could have improved in capturing Richard's excellent and animated and oftentimes humorous instructions in the English Workbench video series. Richard, you're a unique man! A gifted woodworker with a remarkable ability to patiently explain and convey in easily understandable language and entertaining demonstration the various skills and tasks required to build a workbench. Amazing instruction! I've done all types of deconstruction and construction on various houses we've owned over the years, but I was not a woodworker, nor did I ever have a workshop. I searched the internet for weeks during the latter part of last year looking for instructions on how to build a sturdy, well designed workbench, built primarily with hand tools. I found you, The English Woodworker! My first steps in early 2019 was converting a corner of our garage into my "workshop" and purchasing appropriate hand tools. By early March I had viewed enough chapters of The English Workbench - multiple times - to feel comfortable purchasing the raw materials for the bench. I selected European Beech for my workbench without really knowing what I was getting into. It's beautiful wood, hard as a rock and heavy! When I got it home, I realized I had purchased a real challenge. I was unable to saw it with a hand saw, especially a Japanese pull saw, was unable to drive a nail in it without bending it and unable to drill a hole with an auger and bit. I began to wonder what I'd gotten myself into. I'm not a large man but I'm a determined soul. Although I'd wanted to build the bench with hand tools, I realized that I had to use some power tools (saw, drill), at least a little, or I wasn't going to have a workbench. I started dimensioning the lumber in March and had completed the trestles by the end of April. Unexpected challenges were ahead! On May 2, I fell from an 8' ladder while pruning a tree in our yard, something an almost seventy-five-year-old man shouldn't be doing! Long story short: I shattered my left heel bone (fortunately not my "head" bone), the injury required surgery (which the surgeon described as being somewhat like trying to put a cracked egg shell back together); it took ten screws and a plate to put my heel back together, hardware I'll have from now on; I was unable to put any weight on the left foot for over three months, so I couldn't walk except with a walker; I had to go up and down stairs on my butt; work on the bench stopped. During the last week of June I was able to get down to the workshop and slowly resume work on the bench. Since I was unable to stand, I had to sit. That was a challenge! Not sitting, but working on the bench sitting down! I did most of the work and finished my workbench sitting down! Is it perfect? Oh, hell no! Am I proud of it? Oh, hell yes! Does it work? Yes indeed! A few details: as mentioned earlier, the wood is European Beech (actually "German Beech" was stamped on the edge of the lumber); the bench is 83' x 29 1/2" x 28" H with a 1 1/4" gap running the length of the top for clamps and another gap, 1/2, " for tools while working on a project, the top also has a 1 3/4" overhang on the back; I decided against applying a finish because I didn't want the worksurface to be slick/slippery and because I really like the beauty of the natural wood. I must drill holes for holdfasts and bench dogs, then I'll be finished, I think. So why did I spend the time, energy, money and effort to build a workbench? I'm going to do something else I've never done - yet. I'm planning on building ukuleles! I'm hoping the first one might be complete by the end of this year! The joys of retirement! Thank you so very much for your assistance Richard and Helen! I wish you much continued success. Best regards, Ron Williams Seattle, Washington ronald.w.williams@gmail.com