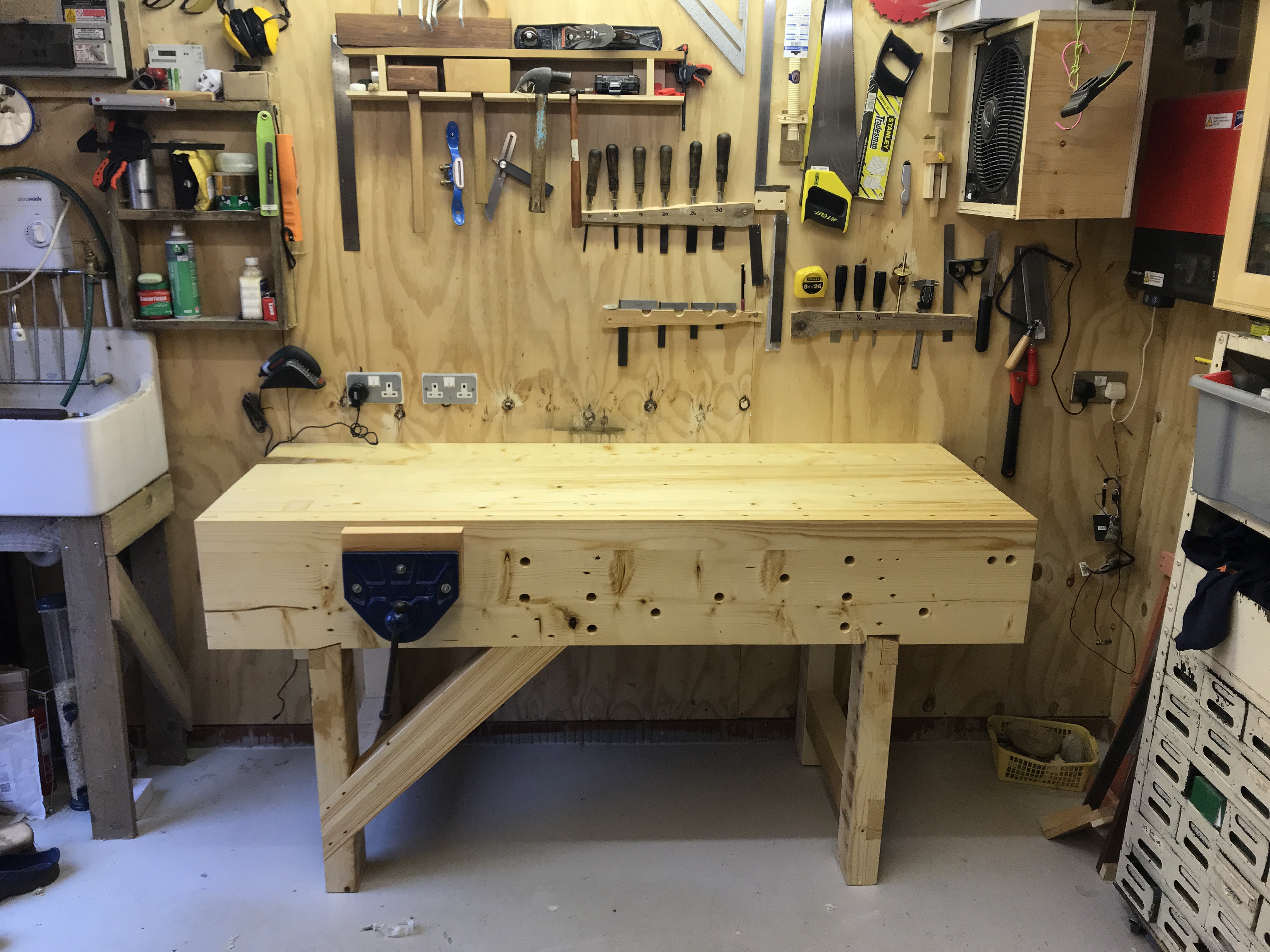 A friend of mine gave me some 8x3 construction grade beams which were rescued from a skip following completion of an engineering project. Despite the shocking state of some of them and the preponderance on huge knots, it became a bit if a mission to turn them into a my first proper bench. The top and aprons stayed as 8x3 to minimise grief, though even at that I don’t think I could have planed those big knots without the thick bladed low angle plane that I was fortunate enough to have. As others have mentioned, fitting the quick release vice was a challenge (and I would probably go with Richards wooden one if I do this again) but the project had a ‘use what you have’ ethos so the old Parkinson went in. It’s no beauty but I wanted it’s roots to show and to see the learning experiences I had along the way. I hope this gives someone confidence to just get on and build with what they have, you learn so much. Thanks to Richard and Helen for the inspiration and guidance in your videos.