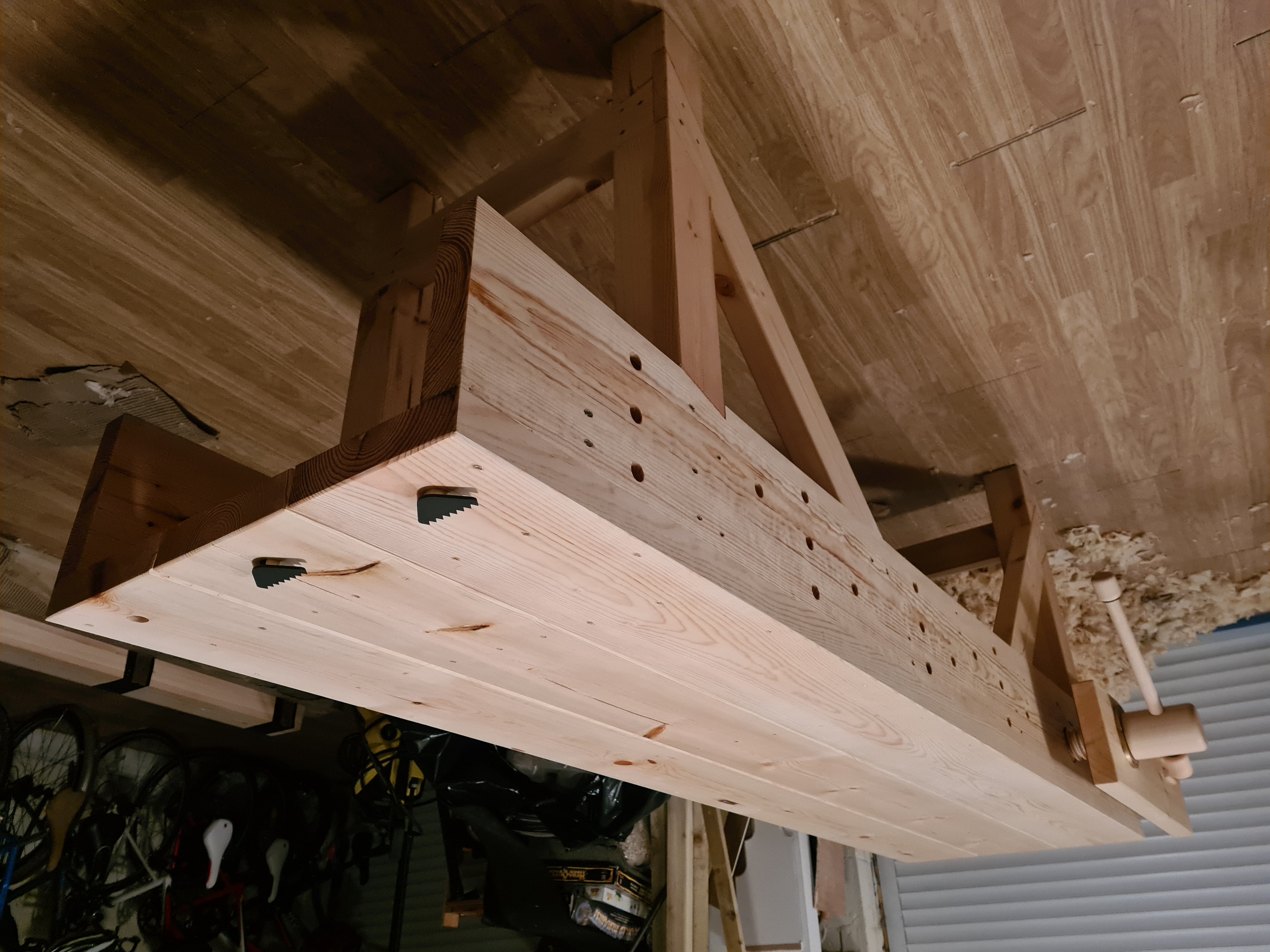 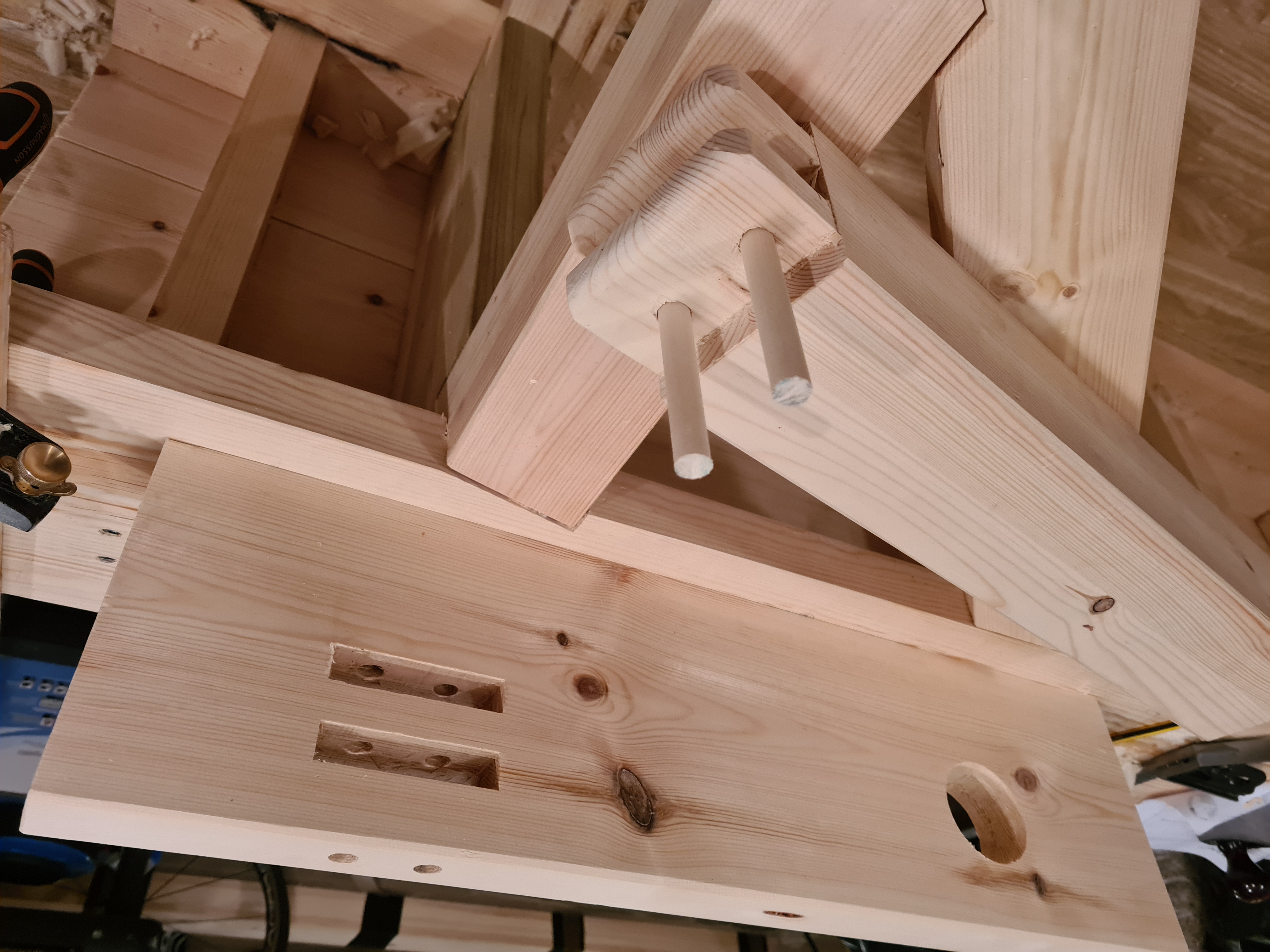 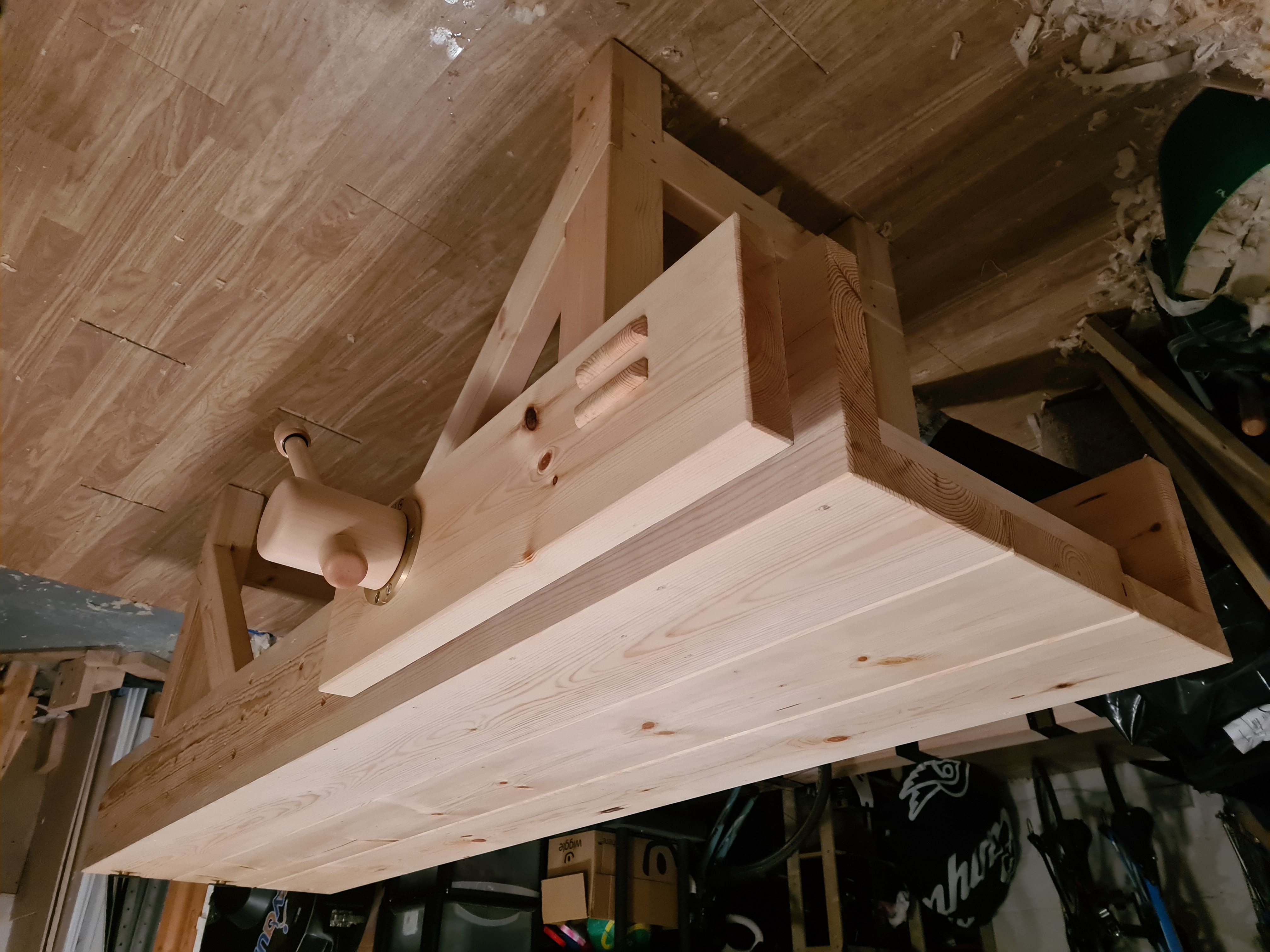 My first woodworking project since school (a long time ago!). It took about 3 weeks of long evenings and some weekend work. I thought it was going wrong at several stages but it all came together in the end, and all the working surfaces are flat and square. My early joints were a bit hit and miss but i absolutely nailed the vice mortice - spot on square, so got it right when it counted, with just enough experience to take on that joint! The traditional wood screw vice (Lake Erie Toolworks) is a delight! I made a couple of design tweaks - as a leftie I had to decide whether to move the vice position but in the end i went for traditional left mounted, so my (right handed) sons can use it too, and it just doesn’t look ‘right’ the other way around. However i did add a second planing brace on the right trestle, so aggressive planing can be done in both directions - i also like the symmetry this gives visually. To increase the L/R flexibility, instead of Richard’s planing spike design i bought a pair of Simon James blacksmith-forged toothed dogs, which are ¾” hole mounted. They still suit the traditional feel of the bench but can be moved from one end to the other to accommodate left and right handers. The only other change i made was to add a lower central brace, which means the two upper ones work with it as a triangle – i was concerned there was a risk of my apron cupping outwards over time, due to the orientation i ended up mounting it in and noting the half-glued apron joints, so that central brace triangle should help stabilise it. I've learned a huge amount in a few weeks and wish to give great credit to Richard for his hugely insightful and highly accessible tuition style which was really transformative. I've learned a huge amount very quickly and I’m delighted with the results. Ready to take on my next project – the spoon rack. Looking forward to doing my first ever dovetails!