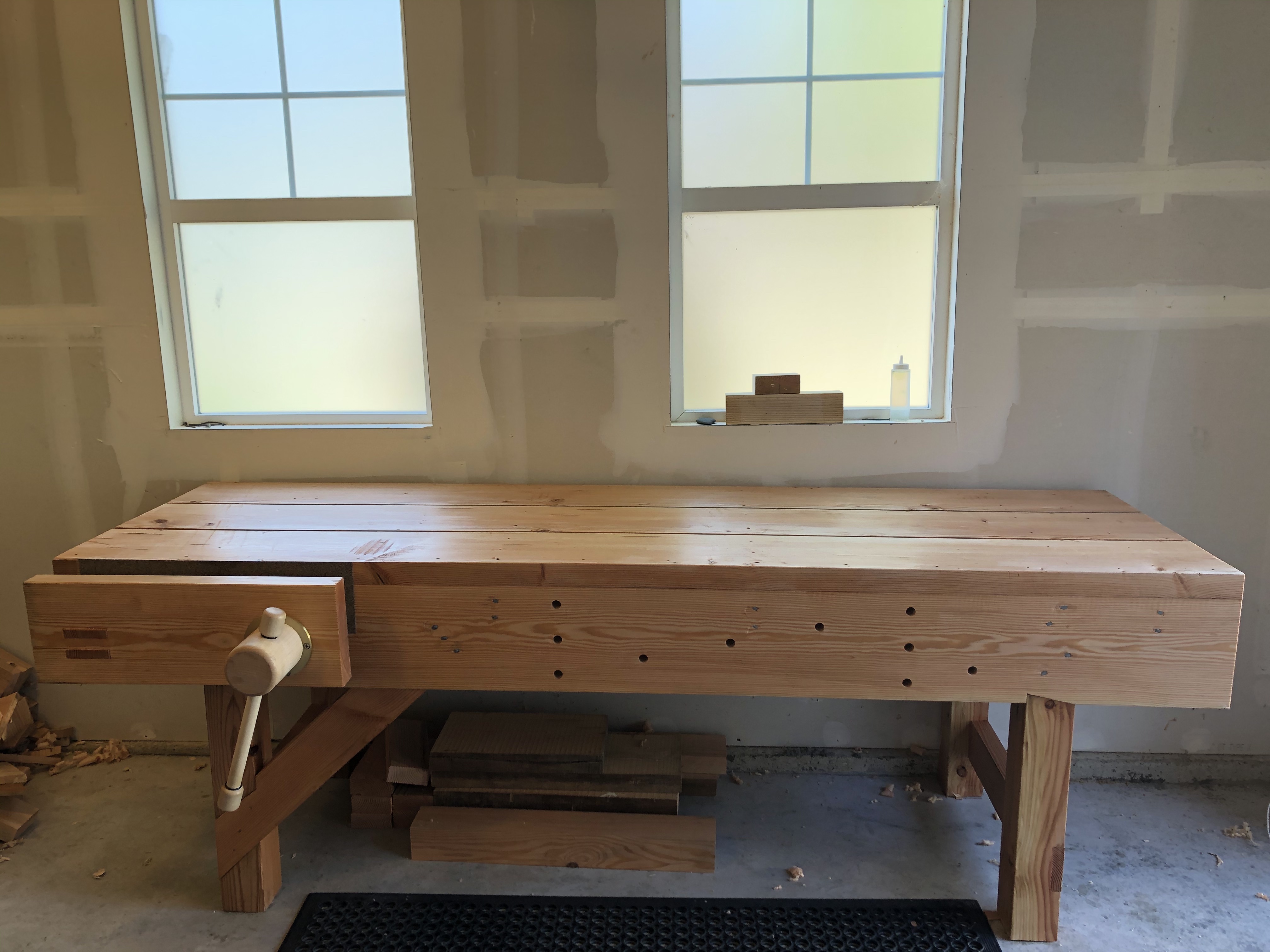 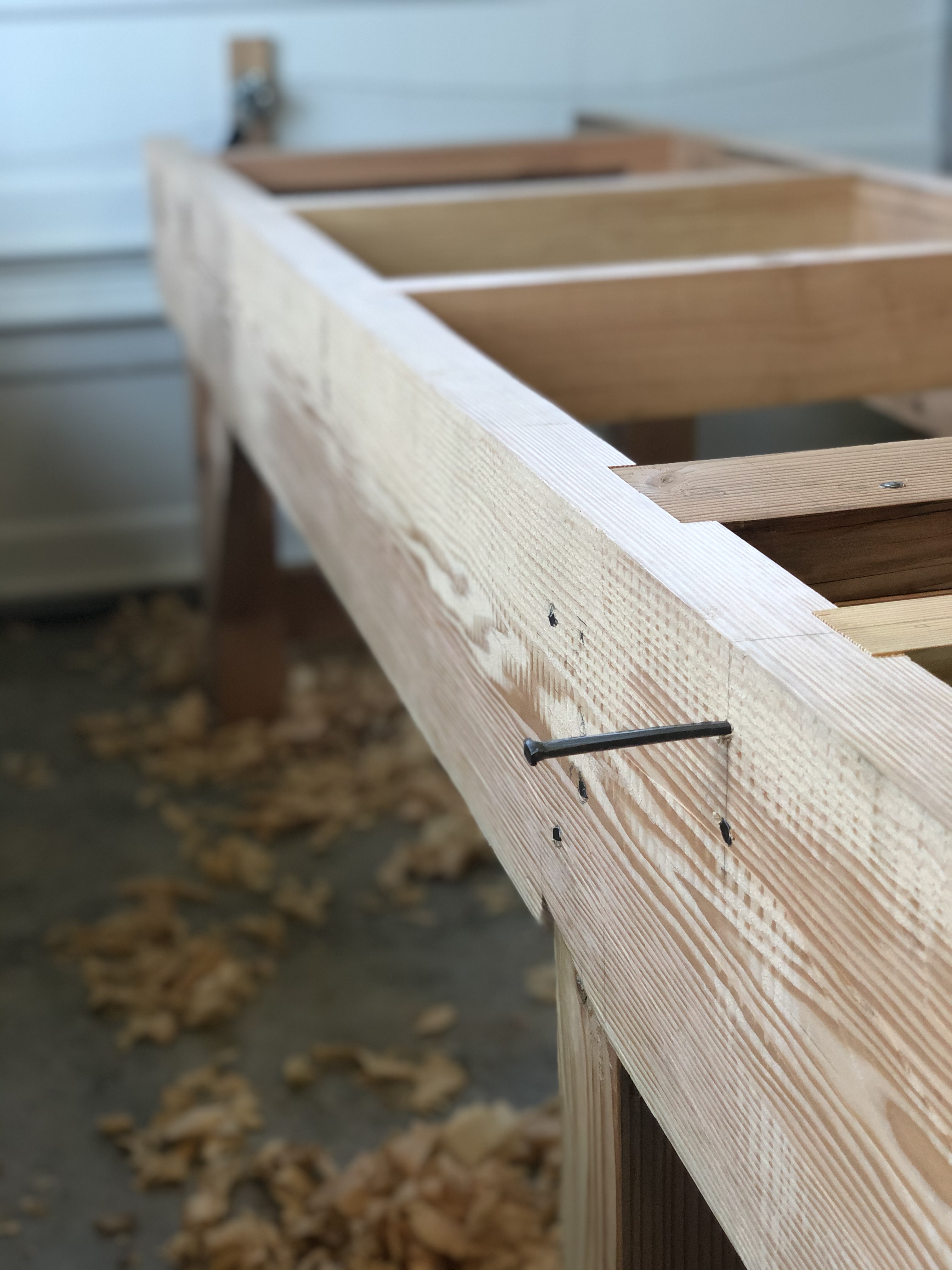 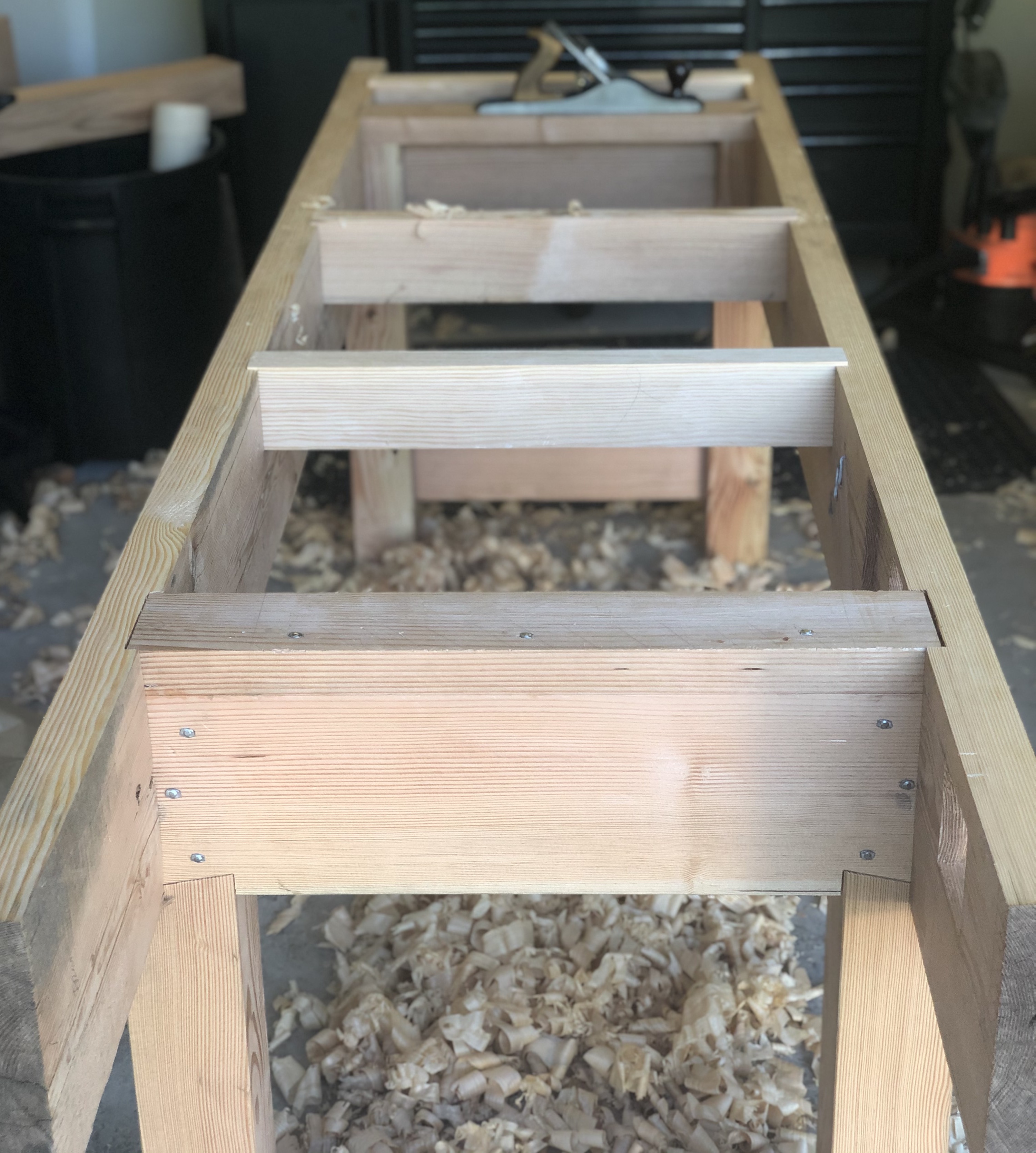 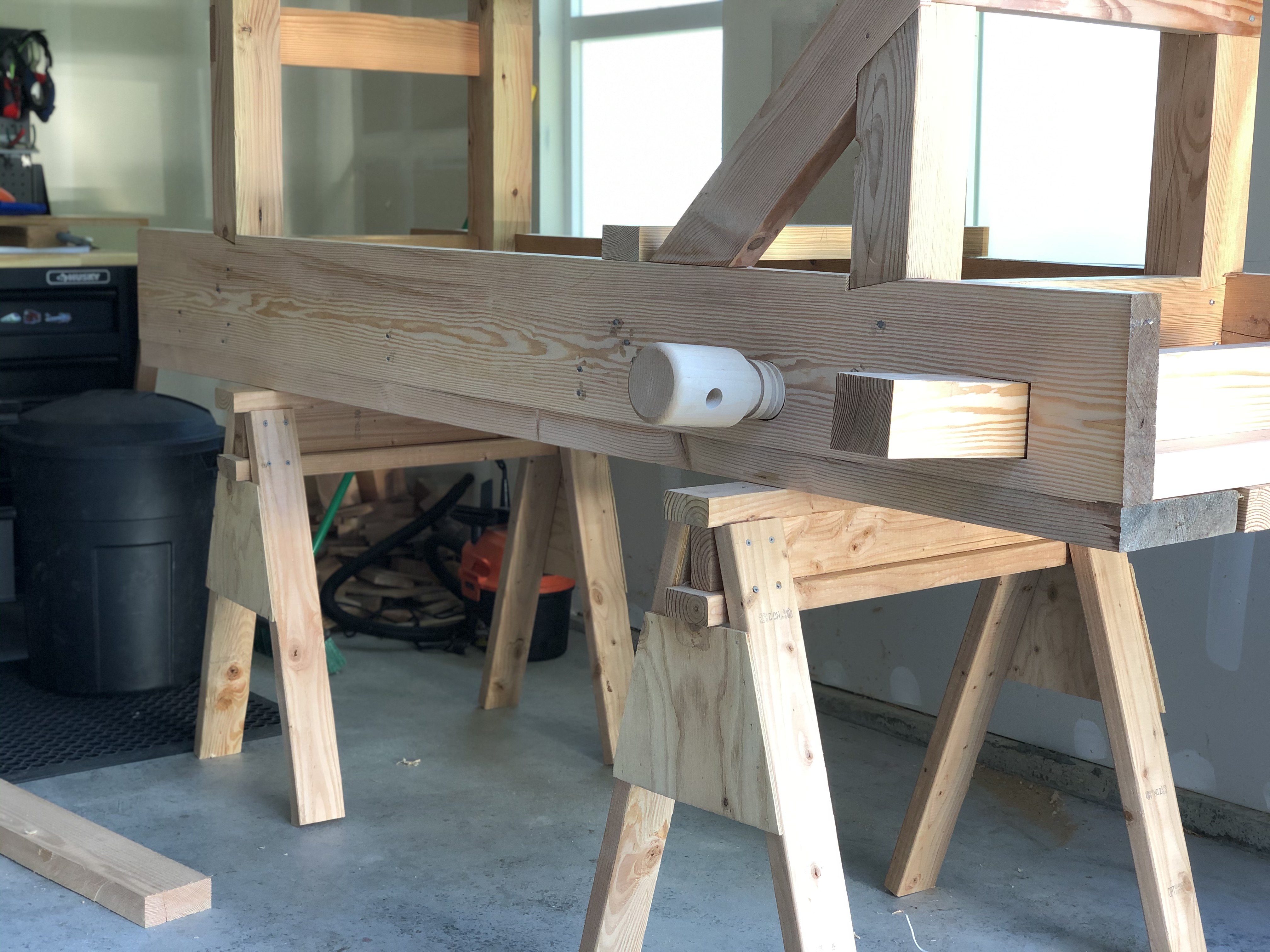 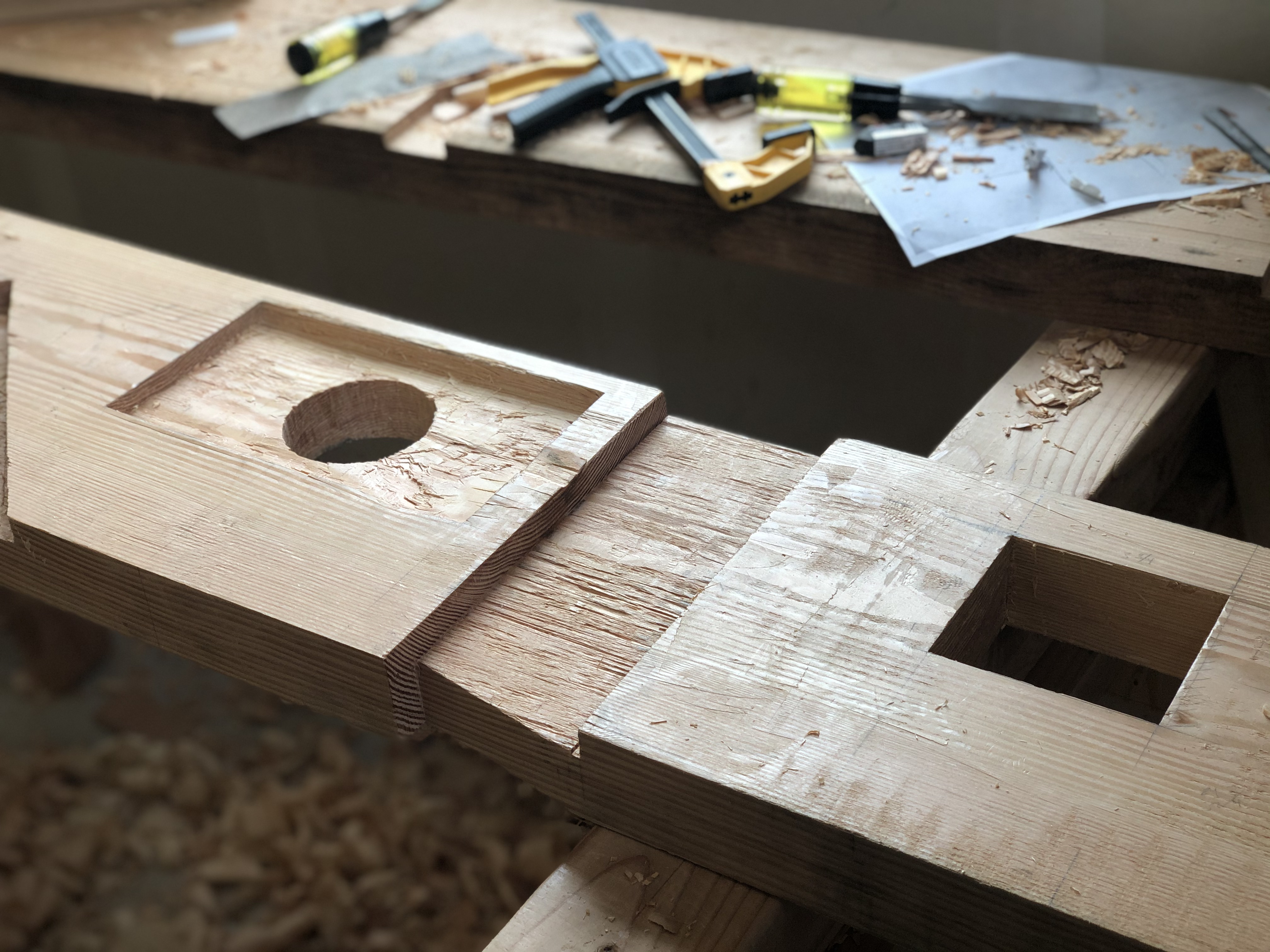 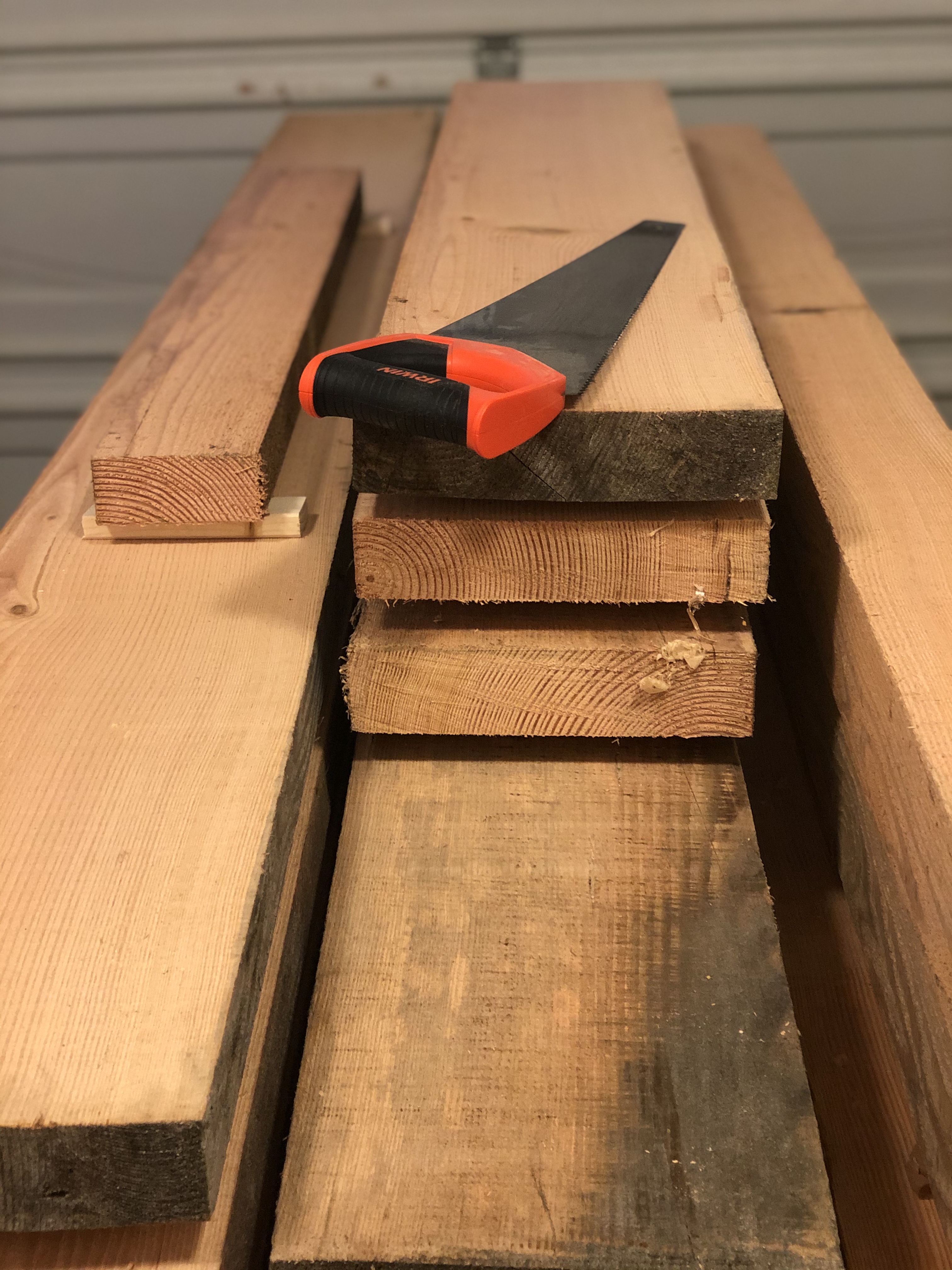 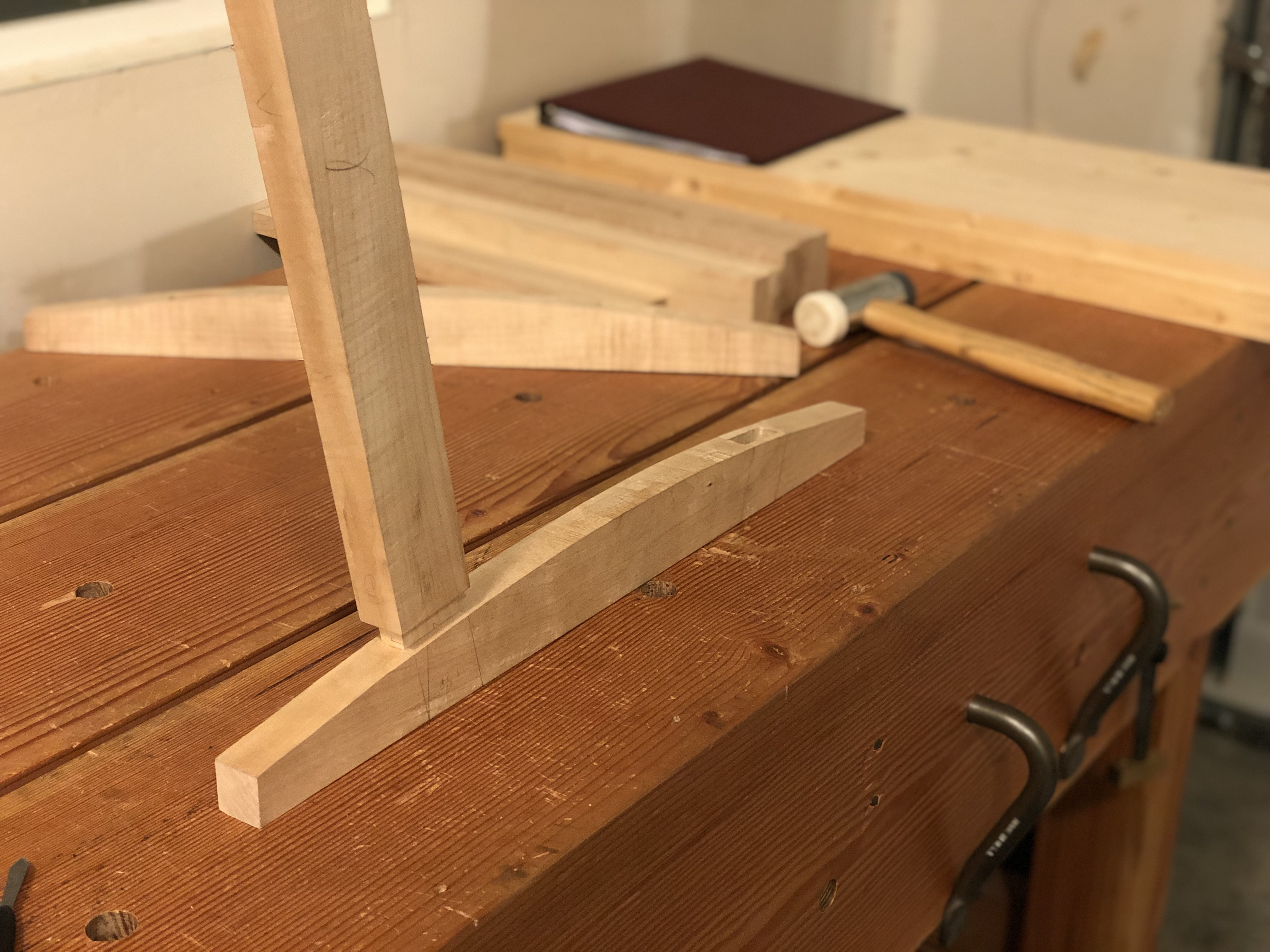 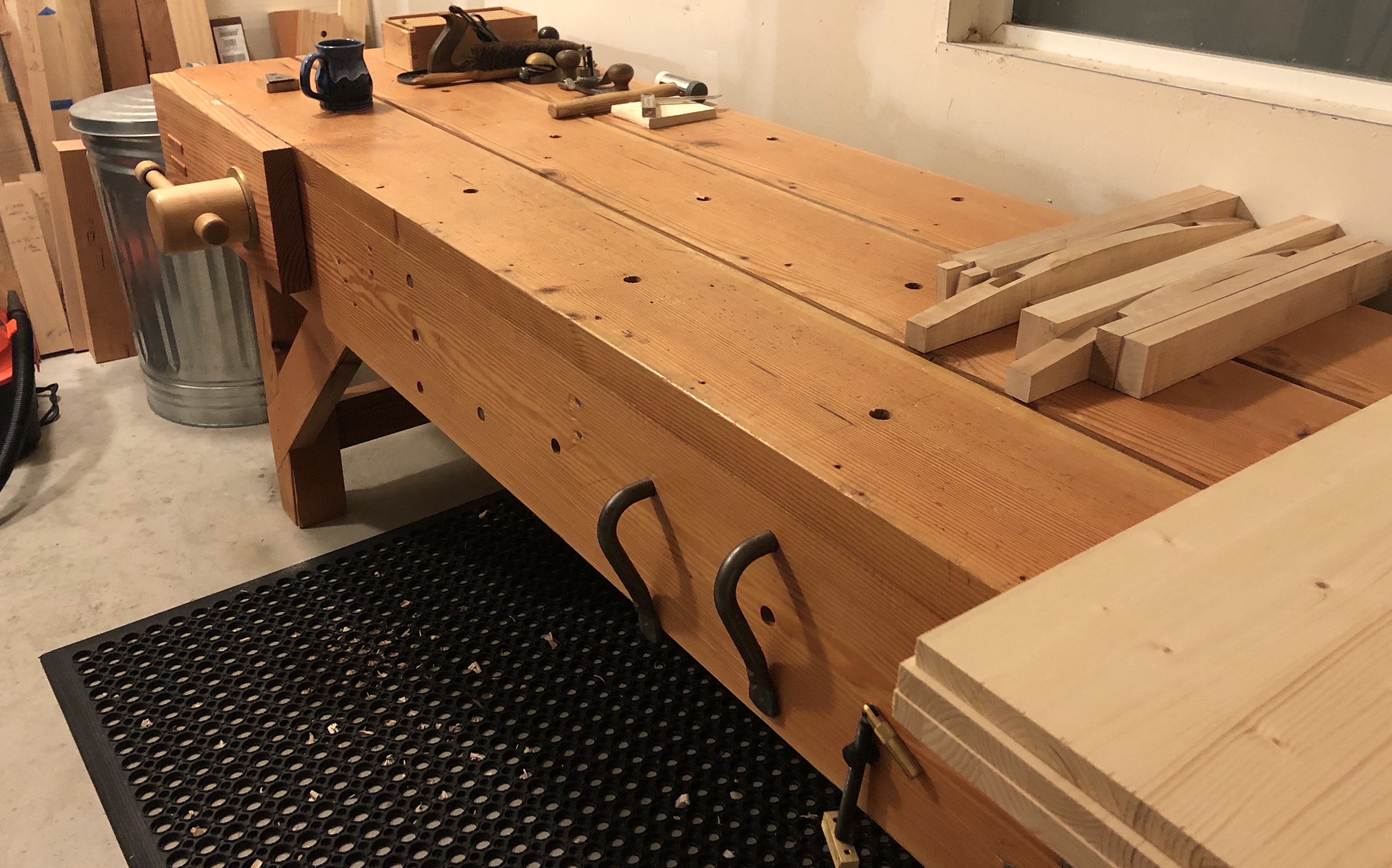 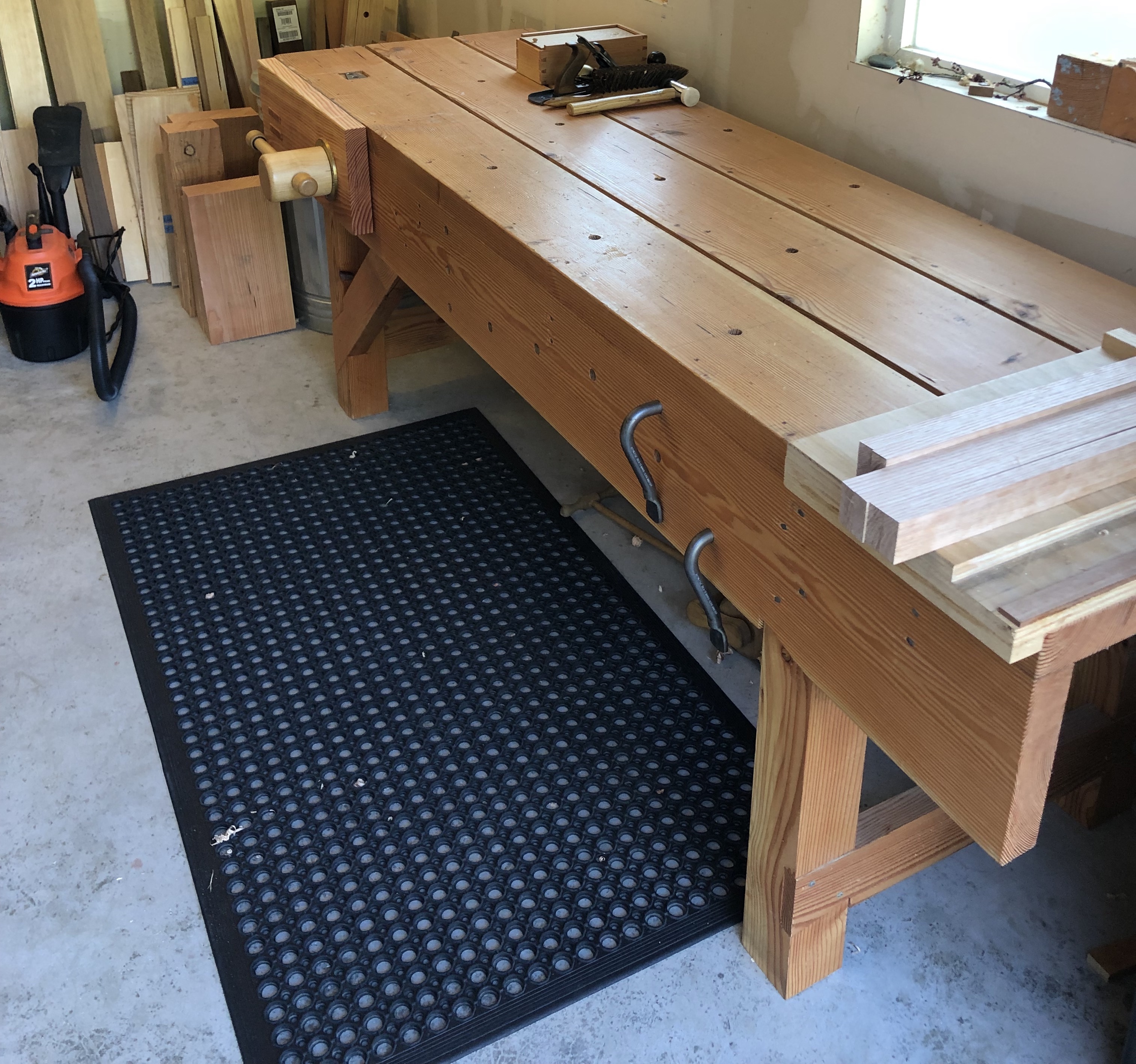 Well, this is my trusty English Workbench in Douglas Fir. It's my first proper woodworking build, and I've since built several of the projects from this site using this bench. I smile when I think of Richard's comment from the series preview, where he mentions he could "knock one up in a weekend." This took me months to build, an hour each day, starting from rough sawn boards. And while it wasn't easy at times, it was the ideal project for introducing proper techniques. The build made it easy to transition to joinery in other projects, and provided confidence to build with only a few tools. And I made plenty of mistakes. I remade the planing brace more than once, split a couple boards with cut nails, spacing between the plank top is more than intended, and the list goes on. But it's still the perfect bench. It's solid, works perfectly, and lacks nothing. I installed a Lake Eerie 2X wooden vice, Benchcrafted planing stop in ash stock, and use a couple of Gramercy holdfasts. The bench measures 8' long and 27" wide. The top is exactly two inches thick. It's finished with two coats of Tried And True Varnish oil. I built this bench a year or two ago, and I've included pictures of it since then. I know most workbench photos show a new, untouched bench but I thought I'd show mine with a few miles on it. This series was my path to Richard and this site. I was simply looking for a sturdy workbench (that I could build without a workbench). Instead, I discovered hand tool woodworking. I know Richard doesn't care for "the sentimental rose tinted shite" but building this bench is a lesson in more than woodworking, I think.