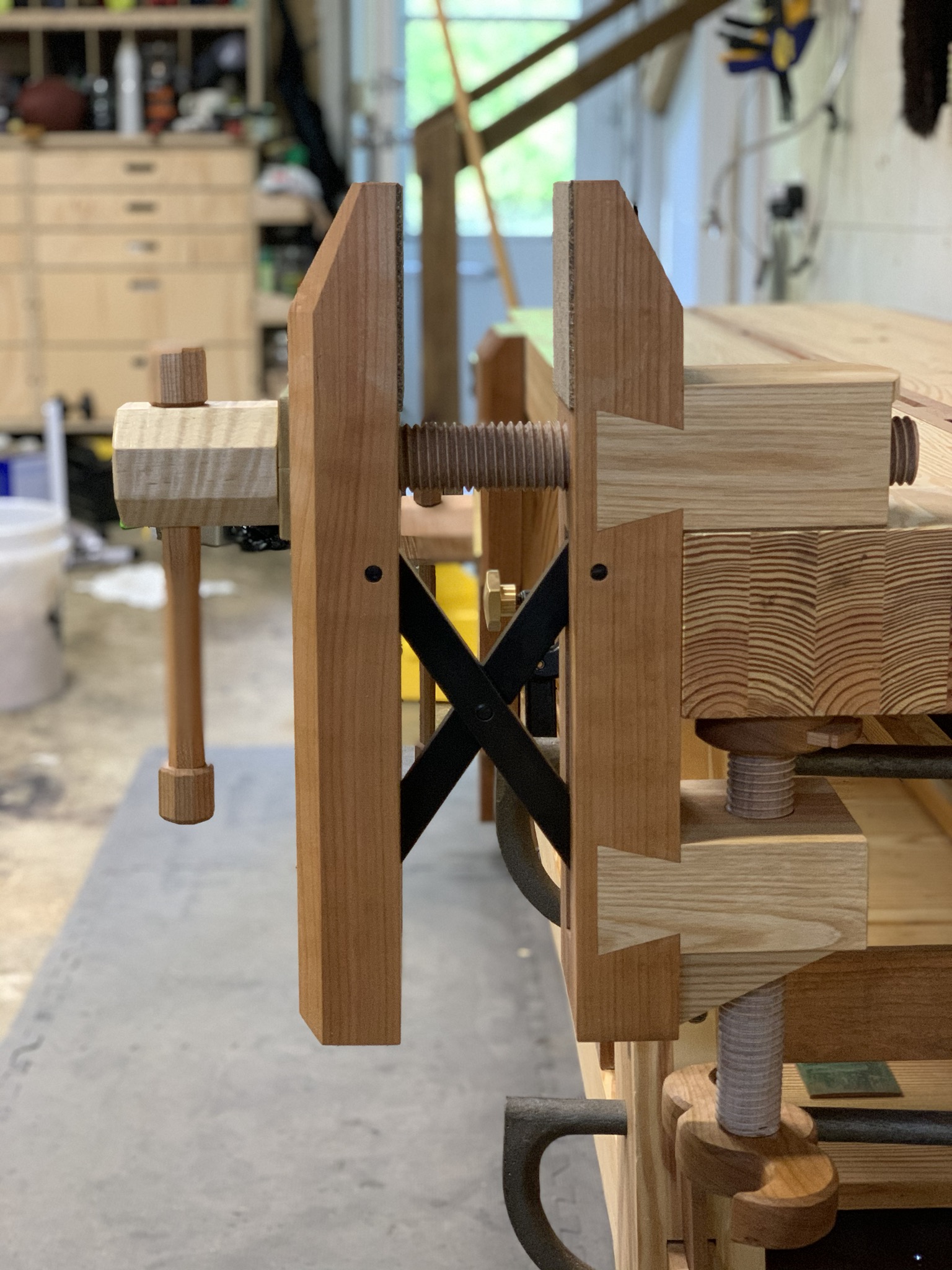 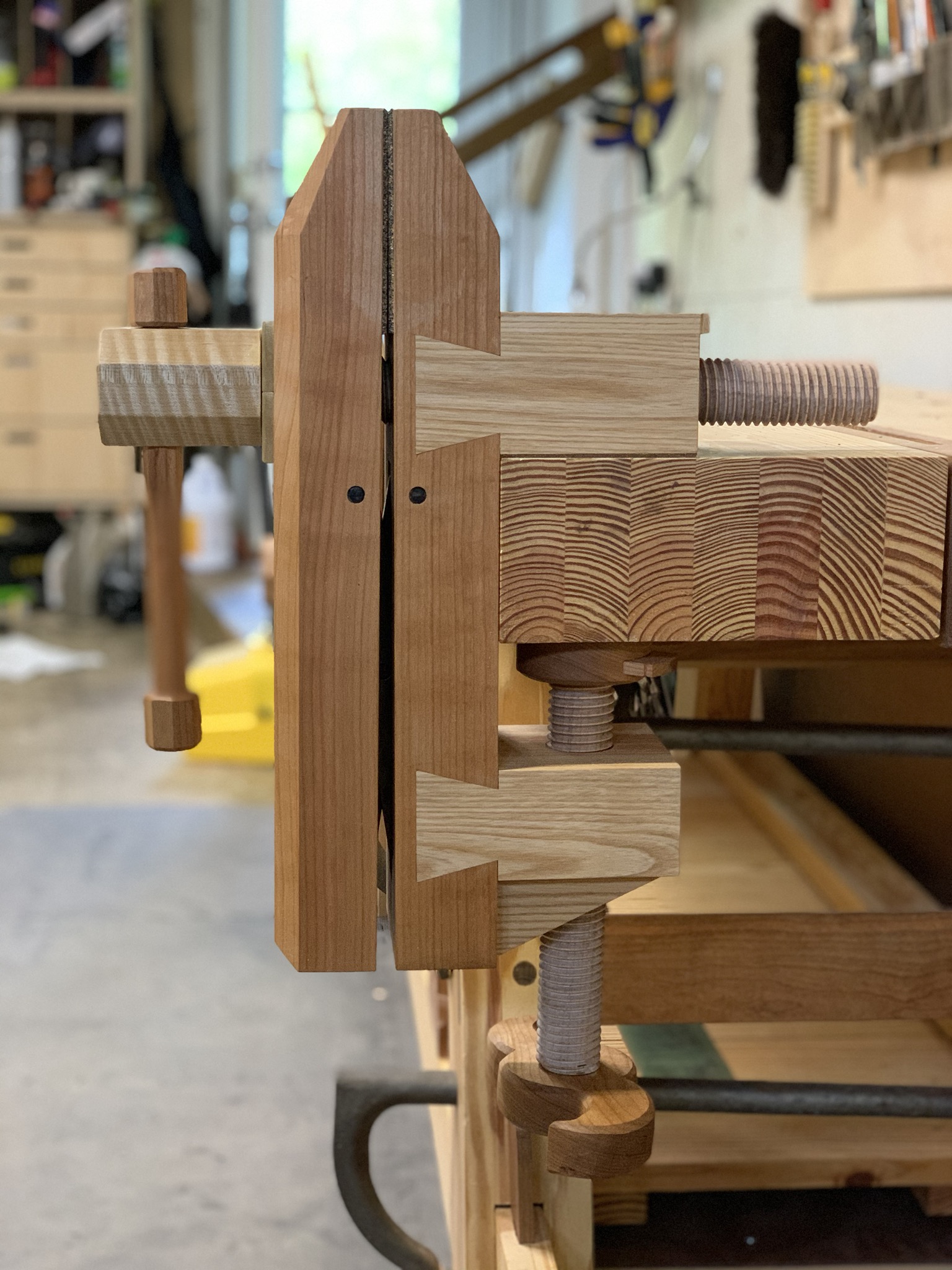 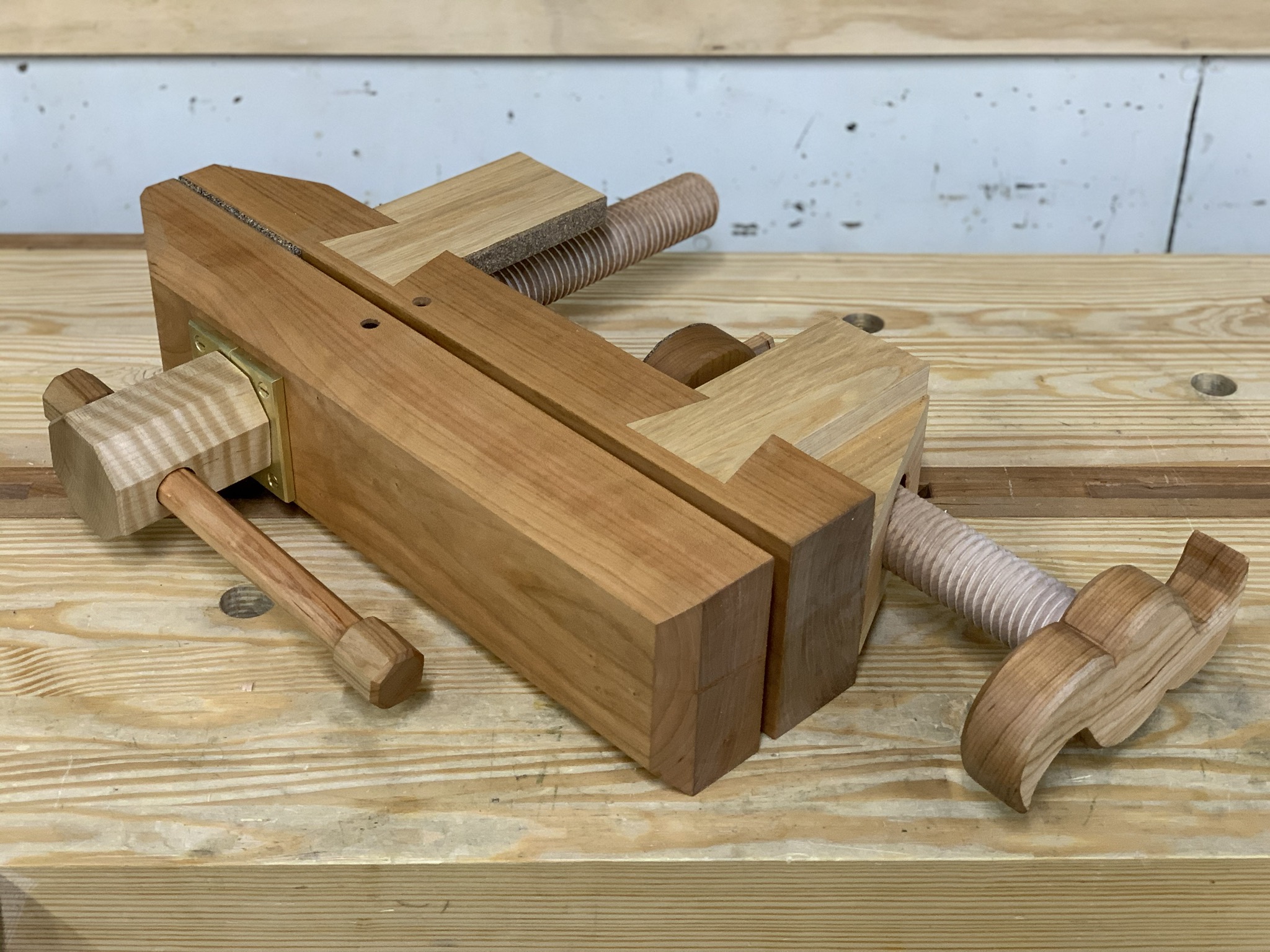 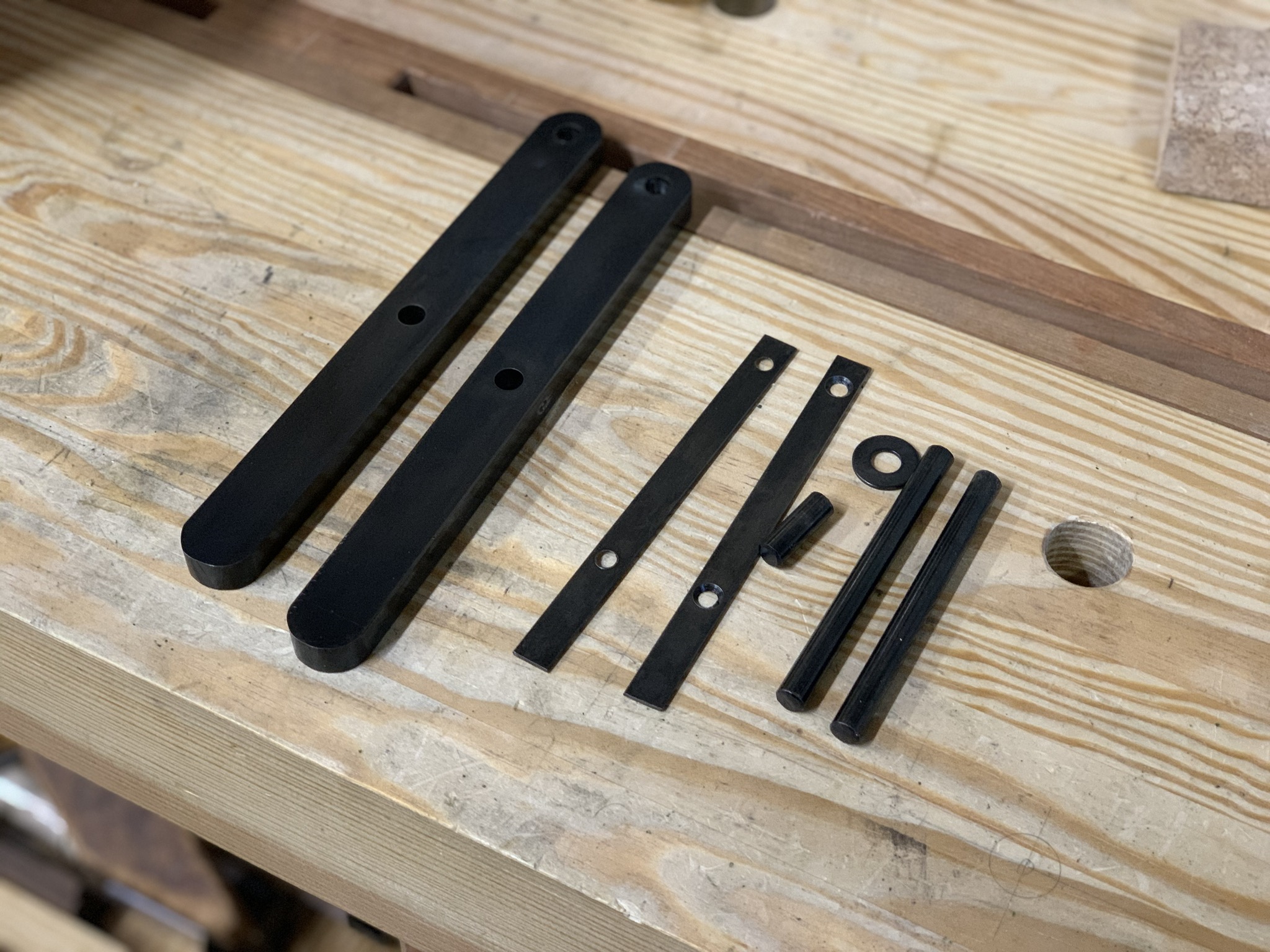 Not Quite a French Workbench

I already have a workbench so this isn’t a french workbench post although you can say that it is french with a name like “Etaux”. The newly popularized Etaux aka HiVise has been on my to do list for a while, but I never got around to ordering the hardware. After seeing the shopmade crisscross in the French Workbench series, I decided to get it a go along with a shopmade wooden screw. I followed the plans for the crisscross, but shortened the steel bars to around 9” length since this is a mini leg vise. The plans did not mention a set screw for the Etaux, but I saw one used in the video so I included that in mine. Metalworking is quite foreign to me so I was beyond thrilled to see that it actually works! Tools used were a shoddy, wobbly drill press, hacksaw, and files. I also “finished” the metal using the cold bluing chemicals used for firearms. So I just wanted to say that if I can do it, it really is as easy as Richard states in the video series. It was time consuming, of course, given the tools used.